Ecosocialism Canada presents this commentary from Stuart Hertzog’s blog greenpolitics.ca. While EC would argue that an anti-capitalist orientation is required to resolve both our human and environmental crisis, we need to reflect critically on the experience of the green movement. It remains a very uneven development across the globe and green politics have grown to reflect a spectrum of positions. EC welcomes comments on the politics of Canada’s green movement.

I have repeatedly pointed out on these pages that its conventional, hierarchical, party structure is the main reason for the failure of Green electoralism in Canada. But where else did Canadian Green parties come off the rails? I’ve pondered this question many times over the past two-and-a-half decades, and it seems to me that the top ten reasons for its historical and current failure are:

•Green parties are still seen as being only about the environment
•But pro-environmental policies are not exclusive to Green parties
•The environmental movement did not support Green electoralism
•Internal party processes became convoluted and dysfunctional
•A succession of autocratic leaders disempowered its grass roots
•Green parties have been taken over by the disenfranchised Right
•Middle-class, middle-age, small-c conservative environmentalism
•Little or no internal debate or education about political principles
•Exclusive focus on electoral process stifled grassroots activism
•A general distrust of politics has left Green parties out on a limb

Let’s look at each of these in more detail:

Green politics originally was a coalition between the Left and environmentalists. Anti-war and social justice issues were fundamental to their platform. Canadian Green parties have drifted far from that approach, to the extent of making protecting the environment apparently their primary goal. Disarmament and social issues may be buried in their policies, but to the lay observer Canadian Green parties are perceived as being only concerned with the environment, and that in a very human-centric way. Lip service is paid towards protecting other species, but genuine eco-centrism isn’t prominent among party members. This “one-issue” label has been an electoral albatross for Canada’s Green parties.

Pro-environment policies are not exclusive to the Green Party

It’s hard for Greens to accept that their party does not hold an exclusive licence on concern about environmental protection. Any political party can claim to be ‘green,’ and they do, even if they aren’t, cleverly enough to fool a lot of people. There are environmentalists within all political parties, who sometimes manage to ‘green’ their party’s policies, legitimising its pro-environment claims and effectively neutralising the need for its environmental faction to vote Green. Clinging on to the idea that only the Green Party supports the environment is a losing strategy that is apparent to anyone but avid Greens. Too bad, really.

Although Canadian environmentalists helped form the Green Party, it did not follow that the environmental movement adopted the Greens as its political arm. In fact the opposite was true: environmentalists in mainstream parties ensured that party Greens would have to hoe their row entirely unaided. Party representatives were excluded from environmental coalitions and caucuses, especially those that were receiving government support. Mainstream Canadian environmental groups didn’t want to be seen as partisan, both to protect their charitable status and enable them to appeal to a wide range of private funders, so they too have not supported the Green Party.

In the early days, Greens tried to run meetings by consensus, aiming at attaining close to full agreement on an issue. Just one person could block consensus, and the result was chaos. At the same time, members were attempting to create detailed policies and legislation to cover almost every issue and industry that impacted the environment, attracting the appellation of ‘eco-fascism’ for their efforts. This, plus the attempt to control consensual chaos, turned into a procedural obsessiveness that persists to this day. Metres of rules and regulations lurk in the Green party domain for those who care to look — not that most people even bother to try.

A succession of autocratic leaderships has disempowered its grass roots

As a consequence of its hierarchical structure, Canadian Green parties attract psychopathic power-seekers like vultures to a rotting corpse. With only a few notable exceptions, a succession of self-serving, autocratic Green party leaders and their retinues have progressively disempowered their grassroots members, to the extent that active grassroots Green Party electoral associations now hardly exist. Most of the local electoral organisations are just empty shells to be filled with placeholder candidates at election time. Due to the lack of a delegate system at annual general meetings and the centralisation of power, even those few active and well-established local organisations have little leverage. As one party activist expressed it: “When it comes to the Green Party, there’s no ‘there’ there.”

Green parties have been taken over by the disenfranchised Right

The demise of Canada’s Progressive Conservatives (Tories) after Brian Mulroney’s disastrous reign as prime minister, plus the absorption of Preston Manning’s far-right populist Reform party into the Alliance and then the Conservative party, left a number of Red Tories and eco-inclined Reformers without a political home. Attracted by the declared fiscal conservatism of the Greens, these now experienced political refugees moved in and easily took over Canada’s disorganised, confused, and politically naïve federal and provincial Green parties. These conservative, middle-class Blue-Greens (The Turquoisie) are Canada’s neo-Greens. They are the primary reason that playing the electoral game has become the only Green political strategy.

Every political party is a coalition across a slice of the political pie, and Green parties are no exception. Coalitions are held together by a common social vision, but in Canada the Red-Green coalition between the Left and the environmentalists has been entirely dismantled and displaced by the Blue-Greens. Canadian Greens are now overwhelmingly middle-class, middle-aged, middle-brow and muddle-minded small-c conservatives, who think that applying small business methods and fiddling with personal lifestyle will somehow avert ecological disaster. This short-sighted, patchwork thinking doesn’t appeal to younger, anti-globalisation political activists, who reject conventional politics and political parties, including the Greens.

Little or no internal debate or education about Green political principles 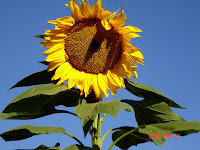 Green political principles are written into every Green party constitution. But without an ongoing process of discovery, discussion, and development of these principles, how can a party know whether its members actually share the same political view? For the neo-Conservatives, it’s free-market capitalism; for the Liberals, corporate capitalism mitigated by guilt; for the New Democrats it’s Social Democracy; but for the Greens — it’s what? Environmentalism? Neither-Right-Nor-Leftism (whatever that means)? Social Evolutionism? Just-Get-Me-Elected-ism? Unfortunately, and perhaps most important, no exploration of or debate about Green political principles takes place in the Green parties. As a result, blind dogmatic electoralism predominates, creating a political philosophic vacuum inside the party that precludes any real political analysis and virtually eliminates strategic thinking.

Exclusive focus on the electoral process has stifled grassroots activism

The name of the game in Canada’s Green parties is Get Someone Elected, Anyone Will Do. In the Green Party of Canada, that Anyone has become Only Elizabeth May, the current leader. The rationalisation for this desperate exclusivity is that the Greens won’t be effective until some are elected to parliament and/or legislatures. This overlooks the fact that Green parties have affected the political dialectic just by existing. It also suggests that politics takes place only inside existing legislative chambers, which downplays the importance of working on local issues, the bedrock and school of politics, and introduces the caution of not offending anyone. The result has been to encourage Greens to behave like ordinary politicians — as if we need more of those. Green candidates should be activists known in their community for their work on local issues. Instead, this exclusive focus on electoralism has stifled grassroots activism, the vitalising force and foundation of democratic politics.

Politics and politicians do not enjoy a high level of respect at this time. Many people have become overtly sceptical as to the moral and ethical honesty of politicians, and angered by the way their opinions are being manipulated by a compliant corporate media. Once they have voted, citizens are excluded from any further decision-making by an élitist electoral process. A large gap has opened between political junkies who actively participate in political parties, and the majority of the electorate, who either don’t actively concern themselves with politics or who chose a more hands-on, grassroots approach focussed on specific local or global issues. This atmosphere of distrust has left Canada’s Green parties flailing around for support and finding little. It’s not a good time to be growing a fledgling political party, especially one that appears to want to play the same rotten game.

Is there any hope?

At the beginning of this new decade, I really don’t see much hope of Canada’s Green parties recovering from their essentially dismal situation. The Blue-Green mindset is firmly ensconced within them, with all its conventional thinking and lack of an urgent and meaningful political strategy that I’ve outlined here.

Even as I write these words, efforts are being made by her bevy of starry-eyed mavens to cement Elizabeth May into the leadership of the Green Party of Canada for as long as she wants to remain, just like any other petty dictator. Those Greens who do not want to see this happen lack the person power and organisation to oppose her well-oiled and financed, personal political machine.

The fact that no Canadian jurisdiction has adopted proportional representation, and the rejection of conventional party politics by progressive young local and global anti-corporate activists, does not open any windows of opportunity for Canada’s Green parties to overtake the union-based New Democrats and become the focus for progressive political opposition in this country. 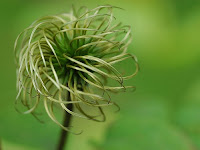 By choosing to play the electoral game under rules that effectively marginalise minority political parties, Canada’s Green parties have condemned themselves to be the perpetual “also-ran.” Canadian Greens would have to entirely reinvent and restructure their federal and provincial parties for them to become meaningful players in the urgent global struggle for peace, social justice, environmental protection, ecological security, and citizen democracy.

I’d like to think it was possible. But at this time, I really don’t see it happening. Too bad, really. Fascism, anyone? After all, Security is our biggest concern… isn’t it?

Welcome to the Corporate Era. I said it wasn’t going to be a nice time.
More at greenpolitics.ca.