The following was written by Ian Angus in 2007. The challenges he outlined then still require much patient work (read the full article link).

The growing worldwide interest in ecosocialism is reflected in two political trends:

As these parallel developments illustrate, “ecosocialism” is not separate from the existing left and green movements, and it is not a structured movement on its own. Rather, it is a current of thought within existing socialist and green-left movements, seeking to win ecology activists to socialism and to convince socialists of the vital importance of ecological issues and struggles. 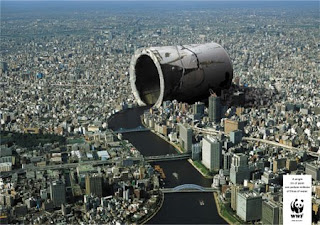 In Canada, ecosocialism is new, and still a distinctly minority current. Most progressive movements address ecological issues from time to time, but few have made them a key focus of their activity. And while socialist views are beginning to get a hearing in green circles, few ecology activists advocate anything more radical than the market-based “solutions” of the Kyoto Accord.

We might say that the central goal of ecosocialism today is to make the greens more left and the lefts more green. The path to this goal is still being worked out — we are learning as we go — but the time to accelerate the process is now…

The Time is Ripe

It is far easier to write socialist essays about climate change than to actively build movements against it. But, as Marx wrote, interpreting the world is not enough — the point is to change it.

The time is ripe for ecosocialists to move beyond criticizing capitalism — to supporting, building and learning from real movements for change. If we don’t do so, all of our words and theories will be irrelevant.