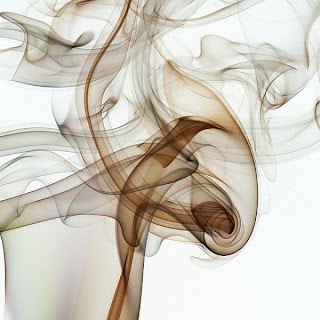 Given the abysmal state of things — with no progress on climate change, financial markets still operating as unregulated casinos and oil continuing to surge freely into the gulf — it’s not surprising that many people feel the world is being poorly managed. Millions respond by drifting into apathy or hedonistic consumerism.

But there are others who are so passionate about the fate of the Earth that they feel compelled to do more than shop. They want to object, to let world leaders know they disapprove. These are the types of people who plan to protest at the G20 summit later this month in Toronto.

If you’re thinking they’re just violent troublemakers, you’ve probably been listening too closely to the Harper government, which is hoping you’ll succumb to its attempt to lump terrorists and peaceful protestors all together in one giant bin marked scary and anti-democratic.

When I spoke to a meeting of the Canadian Federation of Students last month, I met a number of students who plan to protest at the G20, and they struck me as highly concerned about preserving democracy, indeed more concerned than most people.

It’s sad that it needs to be noted that dissent is something worthy; that it used to be considered one of the cornerstones of democracy. John Stuart Mill, one of the giants of Western thought, argued in his classic text On Liberty that dissent is essential to freedom, partly because it challenges the prevailing dogma, which is often wrong.

Yet, rather than being treated as citizens exercising vital democratic rights, the dissenters who show up at the G20 will find themselves facing a phalanx of heavily armed police equipped with the latest assault toy: sound cannons that blast deafening noise of up to 143 decibels — well above the 85-decibel level considered safe for the human ear.

There’s been much well-deserved anger over the Harper government’s absurd plan to spend almost a billion dollars on security at the summit (and the G8 summit in Huntsville). For the same price, we could have all ridden the TTC free for an entire year.

But there’s been little anger that a good part of this money will be used to intimidate and terrify those who challenge the status quo.

The University of Toronto, falling in line with this new security-state mentality, plans to lock down its main campus during the summit, forcing the cancellation of G20 related events, including one featuring Maude Barlow, Amy Goodman and Naomi Klein.

It’s hard to imagine a more inappropriate response. Universities should be centres of critical thought, where students are encouraged to scrutinize the current orthodoxy and challenge the Establishment. That’s hard to do when they shutter their doors at the first whiff of controversy.

There’s much that urgently needs scrutiny, starting with the Harper government’s use of the G8 summit to score points with its ultra-conservative base by launching a “maternal health initiative” that denies abortions to the world’s most desperate and impoverished women.

Last week Rex Murphy used his prominent spot on CBC TV to attack the G20 protestors as fame-seekers, “thirsty for the two-day fame a little provocation or a lot of violence can bring them.”

So, before they’ve even held up a placard, Murphy has maligned people who will have to risk tear gas and deafness to get a fraction of the airtime Murphy gets every week to bellow on behalf of the Establishment.