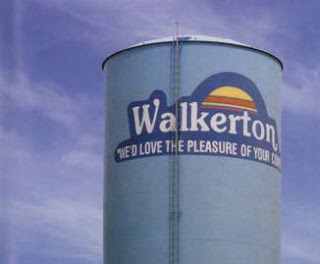 EcoJustice
Ten years after Walkerton, Canadians remain at risk of waterborne disease outbreaks as a growing divide emerges between those who have access to safe drinking water and those that do not.

Ecojustice and Forum for Leadership on Water (FLOW) have issued Seeking Water Justice: Strengthening Legal Protection for Canada’s Drinking Water, a national brief on the status of drinking water quality in Canada. The paper reveals a two tiered system of drinking water management where urban centres benefit from better standards, technology and personnel while rural and first nations communities remain at risk due to inadequate infrastructure, patchwork provincial laws, and a lack of binding drinking water standards from the federal government.

The report is endorsed by Assembly of First Nations and National Specialty Society for Community Medicine.

Canada remains one of the few industrialized countries without national legally binding drinking water standards. Only four jurisdictions – Ontario, Quebec, Alberta and Nova Scotia – boast drinking water that meets the current voluntary federal standards. Other communities do not fare as well:
• Latest available data shows that 1776 drinking water advisories are in place in Canada.
• As of April 30th, 116 First nations communities were under Drinking Water Advisory for risk of waterborne contaminants
• 20%-40% of all rural wells have coliform or nitrate concentrations in excess of drinking water guidelines,     threatening citizens with illness or even in severe cases, death.
• Less than half of Canadian provinces and territories require “advanced” treatment of surface water, which is standard practice in the European Union and the United States.

“It’s unacceptable for a wealthy country in the 21st century to have these sorts of problems,” said FLOW Program Coordinator Nancy Goucher. “Canadians deserve and demand better leadership to ensure safe drinking water for their families.”

“Every family in Canada should have access to clean, safe drinking water as a fundamental human right,” said Assembly of First Nations National Chief Shawn A-in-chut Atleo. “Similar to the findings of the Expert Panel on Safe Drinking Water for First Nations, the Seeking Water Justice report, outlines solid steps that can be taken toward ensuring safe drinking water in First Nation communities. This includes working with First Nations in full partnership to identify solutions, such as developing national water standards and ensuring stable and sustainable funding supports to address gaps in infrastructure and training at the community level.”

The Report calls for strong federal water standards that meet or exceed the current best practices in other industrialized countries, to extend those standards to all communities, and to ensure adequate resources for the safety of drinking water on First Nations reserves.