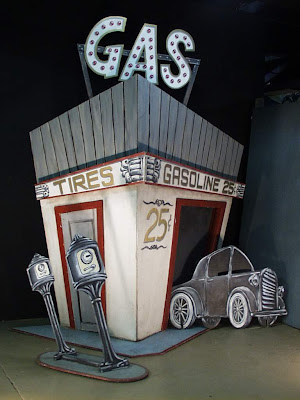 With all of the attention focused on the HST implementation on July 1, most people seemed to miss the next increment of that other much-hated tax, BC’s carbon tax. As of July 1, the carbon tax is now $20 per tonne of CO2, or about 4.6 cents on a litre of gasoline. And like any two-year old, this toddling tax increase is set to wreak some havoc on the household.

What the carbon tax shares with the HST is a bigger hit to the bottom of the income distribution. When it was introduced back in 2008, the carbon tax dedicated about one-third of revenues to a low-income credit (the remainder going to personal and corporate income tax cuts). This was a big positive with households in the bottom 40% of the distribution slightly better off on average, with credits exceeding taxes paid.

Alas, last year’s increase to $15 a tonne wiped out that gain because the low income credit barely increase in value (from $100 per adult to $105), while the carbon tax grew by 50%.

The new 2010 increment to the carbon tax will make the whole regime regressive – meaning a bigger hit to low-income families relative to their income; they will be absolutely worse off even after considering the credits. For the bottom 40%, the numbers are not huge – about a $30 per year loss, but pile that on top of the HST and you get the picture. That said, it could have been worse: the2010 budget increased the credit another ten bucks to $115.50 per adult.

One might argue that the whole point is to get all households to change their behaviour in response to the carbon tax. But it is the lowest income families that have the hardest time making the capital investments needed to get ahead of the curve, and who are most locked into carbon necessities (like heat) that are difficult to reduce easily. High income families have a much easier time reducing their consumption and upgrading their homes for energy efficiency.

Like the HST, the carbon tax brings a windfall to business, with a large chunk of this year’s revenue going to corporate income tax cuts. Back in 2008, the projected recycling to business tax cuts in 2010/11 was estimated at $333 million. In the 2010/11 budget that amount has been souped up to $412 million – more than half of the anticipated $796 million in carbon tax revenues – to add onto savings coming from the HST.

Don’t get me wrong: carbon taxes are still an important policy tool in battle against global warming. In fact, at $20 per tonne we are only now just getting into the range of carbon prices that will start to change behaviour. Currently scheduled increases go to $30 per tonne in July 2012, but after that we do not know where the BC government will go with the tax. A study for the David Suzuki Foundation and Pembina Institute by Mark Jaccard and Associates concluded that carbon taxes needed to hit $200 per tonne by 2020 if we are going to achieve our GHG emission reduction targets.

That’s a steep price increase, and that is why we need to get the details right around how the proceeds of the tax are redistributed. Given the need of lower-income households to adapt, there is a compelling case to be made to significantly increase the share of revenues going to a refundable credit — like half of the carbon tax revenues, with more households in the middle-income range benefitting as well. (In fact, pooling the carbon tax credit with the HST/GST credits into a consolidated credit and greatly increasing their values would be a nice step towards a guaranteed income, but I digress.)

The other half of carbon tax revenues should not go into further personal and corporate income tax cuts, and instead should be used for major improvements in public transit, energy efficiency retrofits, and green jobs training programs. In 2010/11, the carbon tax is estimated to bring in almost $800 million in revenue, rising to $1 billion next year. That is some serious cash that would greatly accelerate climate action in BC.

*Note: Figures cited are based on my 2008 report with Toby Sanger, Is BC’s Carbon Tax Fair? Numbers have been updated based on information in Budget 2010.