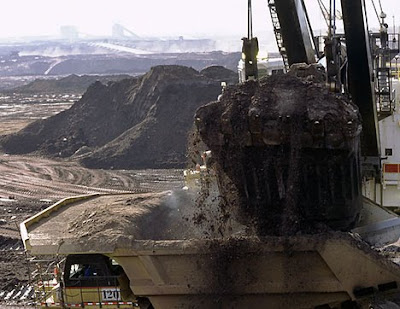 The Indigenous Environmental Network and the Council of Canadians are calling on the Federal government to immediately release the findings of the Parliamentary Committee on the Environment and Sustainable Development regarding the impacts of Tar Sands operations on Alberta water resources.

The Committee had been working on a report after an 18 month investigation, but according to a Canwest article yesterday drafts of the committee’s final report have been destroyed and no further notice has been given about the future of the investigation.

“It’s clear that by destroying these findings, the Canadian government has trampled democratic processes in order to protect and promote the environmentally devastating Tar Sands operations in Northern Alberta,” says Maude Barlow National Chairperson of the Council of Canadians. “At a time when the world is dealing with a global water crisis, it is unconscionable for Canada to sanction the continued destruction of the Athabasca-Mackenzie watershed, while destroying all evidence of the extent of the damage.”

So far, both the federal and provincial governments have failed to acknowledge extensive evidence gathered by Indigenous and environmental groups exposing the health impacts on First Nations and Métis communities living downstream in Fort Chipewyan. Groups watching the Committee had hopes this investigation would expose this issue.

“The encroachment of Tar Sands development into the lands of Cree and Dene First Nations is a violation of their fundamental human rights,” says Clayton Thomas Mueller, Tar Sands Campaigner for the Indigenous Environmental Network. “Treaty 8 guarantees access to clean water for First Nations in the Athabasca region. The Harper government’s decision to tear up the draft water contamination study tells us that environmental racism is alive and well in Canada, and only certain communities and their ecological and human health matter under this regime.”

“The long overdue parliamentary review of the impacts of the Tar Sands on ground and surface water in Northern Alberta was conducted with public funds,” says Meera Karunananthan, national water campaigner at the Council of Canadians. “The government has a moral obligation to make public its findings and to take necessary action.”

Both organizations are calling for a transition towards a tar sands-free future.