By Jim Harding
Originally published in R-Town News
May 20, 2011 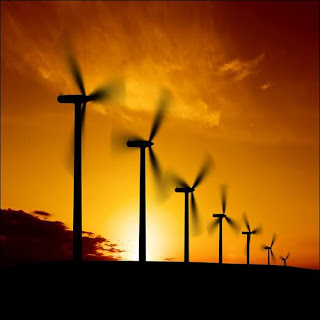 Recent UN reports confirm that the shift to green energy (renewables, energy efficiency and bio-energy) is gaining ground globally. The United Nations Environmental Program’s (UNEP’s) report “Global Trends in Green Energy 2009″ shows that for the second year in a row investments in green energy topped those in non-renewables – fossil fuels and nuclear combined.

The $162 billion invested globally in 2009 is a quadrupling since 2004. Excluding hydro this created 50 gigawatts (GW) of new energy capacity, which is equivalent to 75 coal-fired plants. By 2009 renewables constituted 25% of all global electrical capacity and accounted for 18% of power production. Most telling is the trend; in 2009 renewables accounted for 60% of all newly installed energy capacity in Europe and 50% in the US. This trend could be our saving grace with our race against catastrophic climate change.

Meanwhile, Harper’s federal government and Wall’s provincial government remain wedded to the unsustainable fossil fuel and nuclear industries. So the gap continues to grow between the global trend towards clean, renewable energy and what is happening here. And let there be no mistake that the worldwide shift to renewables is occurring; the number of countries adopting policies affirming green energy doubled from 55 to 100 just since 2005. Europe still leads the way, with $44 billion invested in 2009. But Asia/Oceania is now a close second, investing $41 billion, a sharp increase from $31 billion in 2008.

Asia’s shift will accelerate after Japan’s Fukushima nuclear disaster, which was second only to Chernobyl in 1986. Japan’s government has now announced it will not expand its nuclear plants, as previously planned, and it has closed down the remaining nuclear plants on a tectonic fault-line at Hamaoka, southwest of Tokyo. Japan has great potential for geothermal electricity.

China, in particular, has embraced green energy; in 2009 China surpassed the US as the country with the most investments in renewables. China’s investments grew 53% over 2008 and added 37 GW of new renewable capacity, more than any other single country. It added 14 GW alone from wind power. China not only greatly increased its green energy capacity but it has become a world exporter of renewable technology. In 2009 it produced 40% of the photovoltaic (PV) solar technology, 25% of the wind turbines and an astonishing 77% of the solar hot water (thermal) technology. There are already 70 million households worldwide that use solar-heated water. Each time a building goes from fossil fuels and/or electricity to solar-heated water it substantially reduces its carbon footprint.

China now has an advantage in technology-transfer to developing countries, especially to regions where millions have no access to centralized grids. According to the UN, 1.4 billion people live away from electrical grids, and another 1.3 billion depend upon traditional biomass for heating and cooking. Decentralized green technology can give these people access to energy without countries having to subsidize expensive grids and costly, inefficient, dirty coal or radioactive nuclear plants.

Global investments in wind power grew to $67 billion in 2009, up from $59 billion the previous year. This accounted for 56% of all investments in green energy. In 2009 wind power added 38 GW capacity worldwide. Growth in wind power in China (14 GW) surpassed that in the US (10 GW). Wind power is now operating in 82 countries. While some regions in Canada are installing wind power, which could easily contribute 25% of our electrical needs, we still lag far behind the global trend. Southern Saskatchewan is one of the highest inland wind and days-of-sunlight areas in Canada, and has great, as yet untapped, potential for green energy.

Solar energy is catching up to wind faster than was predicted; $40 billion was invested worldwide in 2009, as the price of PV technology dropped by one-half. Grid-connected solar energy has grown by 60% annually for a decade, going from less than one-fifth of a GW capacity to a total of 21 GW. Germany continues to lead the solar revolution, adding 4 GW in 2009, more than half of the global growth. $18 billion was invested worldwide in bio-energy in 2009.

North America continues to edge its way towards renewables, but at a slower pace. In 2009 investments in green energy went down to $21 billion from $33 billion in 2008. The powerful corporate and right-wing lobby against a climate treaty, and counter-productive stimulus policies in the wake of the 2008 recession, contributed to the decline. Canada has been even slower than the US to embrace renewables.

Annual subsidies to fossil fuels worldwide total $700 billion. Federal and Alberta subsidies to the tar-sands are among the greatest anywhere. With Saskatchewan having the highest per capita carbon footprint in all Canada, you might think the provincial government would be shifting to wind and solar, which could ultimately provide half of our electricity. However, Sask Power’s relatively new net-metering program has not been extended and Saskatchewan still has no feed-in tariff, which has accelerated the shift to green energy elsewhere. The Sask Party government is bucking the global trend by investing $ 1 billion of the taxpayer’s money into “clean” coal. While the sequestration will take some carbon out of the atmosphere, this will use more energy, threaten underground water quality and be used to enhance oil production, rather than make the required shift to clean, green energy.

The UNEP found that overall the shift to green energy wasn’t undermined by the world financial crisis and recession; many countries smartly used their stimulus package to further the conversion. $188 billion in spending on green energy was announced worldwide; only 9% of this was spent in 2009. The Harper government’s stimulus package was a big exception, with some renewable energy programs cut. Harper used the Action Canada stimulus program mostly to protect unsustainable industries and to raise the profile of the Conservatives to help get a majority government. Our children will pay dearly for this lack of foresight.

World leaders failed to negotiate an effective climate change treaty at Copenhagen. Thankfully the shift to low-carbon green energy continues in spite of the political-economic stalling. Political leadership is however going to be needed to make the necessary shift to low-carbon energy technology fast enough. The UNEP and Inter-Governmental Panel on Climate Change (IPCC) have concluded that as much as 80% of the world’s energy needs could come from green energy by 2050. If this path was vigorously pursued it could lower carbon emissions sufficiently to avert the catastrophic 2 degree average global temperature rise which environmental scientists believe will fundamentally alter world weather patterns. Our weather is already changing; what will it take for the Harper and Wall governments to take note?

Both governments stubbornly defend unsustainable energy, what some call the brown or toxic economy. We have much to learn from the continuing global trend towards green energy. Our governing politicians and those who elect them need to wake up as quickly as possible if we are not going to be left behind the positive global trend.

One thought on “Canada Falling Behind Global Trend To Green Energy”