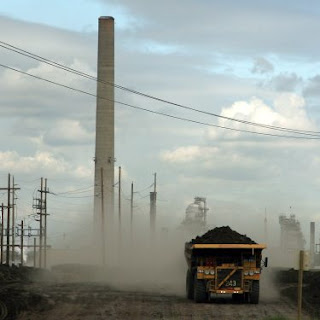 To get serious about climate change, Canada needs to not only cut its consumption of fossil fuels, but also stop peddling fossil fuels in export markets, says a study released today by the Canadian Centre for Policy Alternatives (CCPA).

“Canada is more than an addict to fossil fuels,” says CCPA Senior Economist Marc Lee, the study’s lead author. “We are a major dealer. And that has huge consequences for people in other parts of the world who have done little to cause climate change.”

“When it comes to carbon, Canada has ‘the bomb’,” Lee says. “The vast majority of our fossil fuel reserves must stay in the ground if we are to have any chance at stabilizing the global climate system.”

The study argues that Canada cannot meet its international emissions commitments under the Copenhagen Accord without confronting GHG emissions from the oil and gas sector, and urges the country to provide climate leadership by changing course.

“In order to become part of the climate change solution, Canada needs to impose a moratorium on new coal mining and oil and gas extraction projects,” Lee concludes.

Peddling GHGs: What is the Carbon Footprint of Canada’s Fossil Fuel Exports? is available HERE.