By Maude Barlow
Council of Canadians
Friday, May 18th, 2012

The Harper government is waging war on Canada’s freshwater. 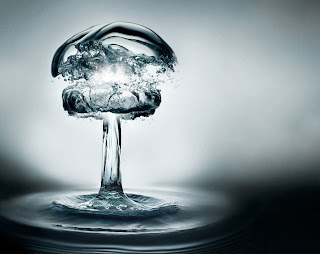 We didn’t start with a strong record. Our national water laws are out-dated, we don’t properly enforce the ones we have and we chronically underfund source water and watershed protection. And consecutive governments refuse to consider the effect on freshwater when creating economic, industrial, energy or trade policies.

Yet the Harper government appears intent on systematically dismantling the few protections that have been put in place at the federal level to protect our freshwater heritage.

In its 2011 budget, the Harper government announced a reduction of over $222 million from the budget of Environment Canada and the elimination of over 1,200 jobs in the department. Programs to protect water, such as the Action Plan on Clean Water, which funds water remediation in Lakes Winnipeg and Simcoe among others, were particularly hard hit. Others targeted for deep cuts include the Chemicals Management Plan and the Contaminated Sites Action Plan, both of which are crucial to source water protection.

These cuts followed the cancellation of a major B.C. coastal conservation project after lobbying by the energy industry and the weakening of key elements of the Navigable Waters Protection Act, which eliminated mandatory environmental assessments for major developments such as bridges and dams on Canadian rivers.

But the big guns have come out in the current Budget Implementation Bill. Parks Canada and the Department of Fisheries and Oceans will lose over $100 million in funding and many hundreds of employees between them, which will have devastating impacts on water conservation and watershed protection. Fully cut are the urban wastewater research program and integrated monitoring of water and air quality.

The Fisheries Act, which made it a criminal offence to pollute or destroy fish and fish habitat in Canada and the only federal water protection law with teeth, is being gutted. Already, the Harper government allows the mining industry to apply to have healthy fish-bearing bodies of water to be renamed “tailings impoundment areas” and thus no longer subject to protection of the Act.

But the new rules remove legal protection of fish habitat, allowing harm to fish and habitat based on the “on-going productivity” of commercial fisheries. In essence, the new rules legalize activity that destroys wetlands, lakes and rivers unless these habitats can be proven to have a defined economic value.

Industry will now have unprecedented influence over water protection policy and the Harper cabinet will make decisions about which watersheds deserve protection based on political, not scientific, grounds.

The 2012 Federal Budget also repeals the Canadian Environment Assessment Act and replaces it with a new law that limits the length of time the assessment process can take, sets strict limits on who can appear before a panel and allows Cabinet to opt out of projects it does not want assessed.

With the plethora of pipelines planned to carry Alberta tar sands bitumen — the dirtiest oil on earth — over fragile watersheds all across Canada, the politicization of the environmental assessment process poses an irreversible threat to our freshwater systems. The Enbridge Northern Gateway pipeline to the B.C coast alone would pass over at least 1,000 waterways.

In a mean spirited move, the Harper government is killing the Global Environmental Monitoring System, an inexpensive project that monitors over 3,000 freshwater sites around the world for a UN database that Canada has proudly hosted for decades.

Cut too is the National Roundtable on the Environment and the Economy, which recently published an important paper calling for an end to free or cheap water to resource extractive industries. Perhaps this report was unpopular with the energy and mining companies soon to benefit from the new environmental regime.

This, just months after the Harper government cut funding for the Canadian Environmental Network, a 34- year-old network that acted as a link between 640 small environmental groups and the federal government and which has been a fierce defender of local watersheds.

The United Nations says the world is experiencing an unprecedented ecological and human water crisis. Governments and communities around the world are moving to protect their precious water systems to ensure they will be here for future generations.

What a travesty Stephen Harper has decided to sacrifice our freshwater heritage in order to please his industry friends. We will all live to regret this.