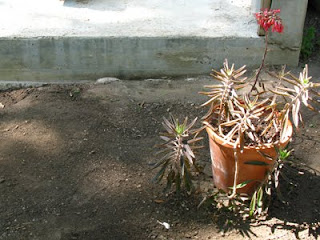 From the balmy Arctic, to the open water of the St. Lawrence and snowless western fields, this winter has been the warmest and driest in Canadian record books.

Environment Canada scientists report that the winter of 2009-10 has been 4 C above normal, making it the warmest since nationwide records were first kept in 1948. It was also the driest winter on the 63-year record, with precipitation 22 per cent below normal nationally, and down 60 per cent in parts of Alberta, Saskatchewan and Ontario.

“It’s beyond shocking,” said David Phillips, a senior climatologist with Environment Canada. He also warned that “the winter that wasn’t” may have set the stage for potentially “horrific” water shortages, insect infestations and wildfires this summer.

As much of Asia, Europe and the U.S. shivered through and shovelled out of freak winter storms, Phillips says Canada was left on the sidelines.

Temperatures across Canada, except for a small area over the southern Prairies, were above normal, with some parts of Nunavut and northern Quebec more than six degrees above normal, he and his colleagues report.

Phillips said the weather appears to be tied to several factors, chief among them El Niño, a shift in the winds and ocean currents in the Pacific Ocean, and thinning, retreating Arctic ice.

Might it be called global warming or climate change? – NYC