It’s no secret that Canada’s greenhouse gas (GHG) emissions are much higher today than they were in 1990. By 2008, the latest year with data available, Canada’s emissions were 24 per cent higher than in 1990. We’re often told the fault lies with our growing economy and growing population. We do, after all, have a strong economy and one of the highest rates of population growth in the G8. Our emissions growth is certainly the highest in the G8.

But it turns out that the real story behind Canada’s big jump in pollution is a little more complicated. The national numbers are masking some huge provincial variations.
Read more here. 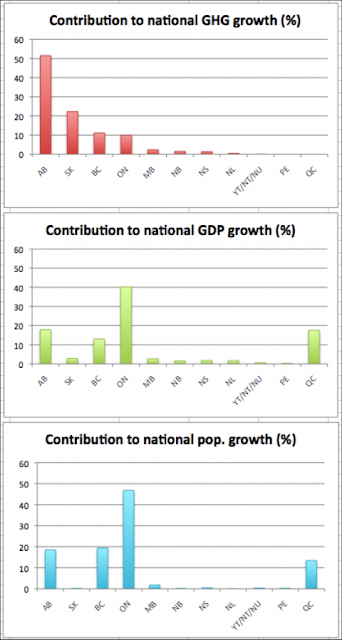