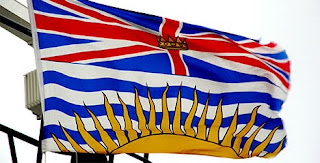 The province of Alberta is well known as a climate-destroying behemoth. The tar sands developments in the north of that province are the single largest source of greenhouse gas emissions on the planet.

Less well known are the ambitions of its neighbouring province, British Columbia. It shares similar fossil fuel reserves and ambitions as Alberta. Vast coal and natural gas reserves are being opened at breakneck speed. Construction is underway or planned for accompanying road, rail, pipeline and supertanker transport routes. Widespread opposition to these plans is growing, but will it spread fast enough to save the province from what amounts to an unprecedented assault on its natural environment and the health and welfare of its citizens?
Read more here.