In every generation one issue comes to symbolise the wider battle to protect the natural world. This could be it, writes Michael Jacobs

THE DRAMATIC occupation by Greenpeace campaigners of an oil rig in the freezing seas off the coast of Greenland this week marks the first skirmish in what may prove to be the defining environmental battle of this decade. On the one side, a multinational oil industry desperate for new drilling fields to meet the world’s insatiable demand for fuel. On the other, a global environmental movement anxious to find a new front on which to fight its stalled campaign against climate change. With Greenpeace’s action having halted drilling from the rig, at least temporarily, and Greenland’s prime minister weighing in to condemn its “illegal act,” battle lines have been drawn.

Located in Baffin Bay, an arm of the Arctic Sea between the west coast of Greenland and Baffin Island in the very north of Canada, the rig in question is operated by Cairn Energy, a small UK-based oil and gas exploration company. Last week Cairn announced it had found gas in thin sand – the possible precursor to oil – in the area. With oil majors such as Exxon and Chevron already buying licences to drill off Greenland, successful discovery of oil is almost certain to spark a new “black gold rush” in the region.

The oil industry’s desire to find new reserves in the Arctic is not hard to understand. Increasingly locked out of developing countries whose governments now prefer to control their own oil sectors, and plagued by political instability in oil-rich countries from Nigeria to Iraq, global oil companies view the prospect of finding oil in the Arctic – governed by the stable democracies of the United States, Canada and Scandinavia – with enthusiasm. They are already investing heavily in the high-carbon tar sands of Canada; the US Geological Survey estimates that the Arctic’s technically recoverable offshore reserves could amount to around ninety billion barrels, or up to 10 per cent of currently estimated “proven” reserves. 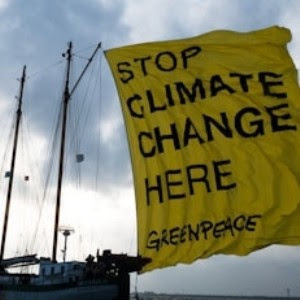 But the environmental case against exploration is even more powerful. The Arctic’s fragile ecology is already under pressure from the warming seas and fracturing ice masses caused by climate change. The region is rich in birdlife, with millions of birds passing through on their annual migrations, and is also home to many species of whale, including blue whales, minke and humpback, alongside seals, narwhals and walruses. With low temperatures, lack of sunlight and thick ice inhibiting the breakdown and dispersal of spilled oil, the environmental impact of an oil leak here could dwarf the BP disaster in the Gulf of Mexico. Ecologists warn that the contamination caused could be carried far inland by coastal species such as polar bears and foxes, which prey on marine animals. It is now more than twenty years since the Exxon Valdez ran aground in the Gulf of Alaska; despite the huge clean-up operation, local populations of marine mammals have yet to recover and some are nearing extinction.

And the Arctic Sea is a spectacularly inhospitable place for drilling. Following the Deepwater Horizon disaster in the Gulf of Mexico President Obama imposed a moratorium on drilling at a depth of 152 metres or more. But Cairn Energy has drilled to a depth of more than 300 metres from its rig off Greenland. Cairn’s ships are having to tow icebergs out of the way to avoid collisions with its rig. But it can’t do anything to divert the largest bergs, which means that the rigs themselves will have to be moved at short notice. Last month an ice island four times the size of Manhattan broke off the Petermann glacier north of Disko Island and will eventually make its way south through the Nares Strait into Baffin Bay.

Drilling in this area is only possible for the few months between July and early October each year; for the rest of the year the sea-ice becomes too thick to allow vessels to operate. This means that should a leak occur it may become impossible to drill a relief well until at least the following year, allowing oil to flood into the Arctic waters for months. And it would be impossible to mobilise the kind of clean-up resources that BP has applied to the Deepwater Horizon spill in the heavily industrialised area of the Gulf of Mexico. BP has used more than 3000 vessels in that operation; it is understood that Cairn Energy so far has an estimated fourteen in Baffin Bay. Industry experts warn that there are, in any case, no methods yet developed to recover spilled oil trapped underneath ice; the oil skimmers used in the Gulf of Mexico would simply be unable to reach it. 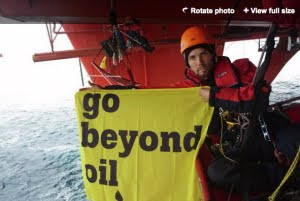 According to the US Minerals Management Service, the chance of a major spill over the lifetime of a block of exploration leases in Alaska is as high as one in five. And what will be the reward for such an environmental risk? Even if all the estimated Arctic reserves can be exploited, they would provide less than three years of global oil consumption at present rates.

For here lies the central problem. The oil industry is right to point to the continuously rising global demand for oil; but the answer cannot be an ever-expanding supply produced in ever more hazardous ways. And the reason is climate change.

Figures from the International Energy Agency make this clear. If the growth of energy demand continues on current trends, by 2030 oil consumption will have expanded by a quarter from current levels, inevitably requiring new discoveries. But these same trends, and their resulting greenhouse gas emissions, will lead to global warming of a catastrophic five or six degrees, well beyond the capacity of human society to adapt. By contrast, if the global temperature rise is to be held to a just-tolerable two degrees, global oil consumption would have to be only just above current levels by 2030, and already falling. Such levels of consumption can be met from within existing reserves. But more importantly, as the agency shows, they will require a significant development of alternatives to oil.

Such alternatives are beginning to become viable, notably in the development of electric vehicles and second and third generation biofuels. Electric and hybrid vehicles in particular are now under commercial production by all the big car manufacturers, and could become widespread over the next two decades. But the incentive for their development is the prospect of increasingly scarce and expensive oil, and this will only be retarded by the continued focus on developing new supply.

So Greenpeace’s demand for the banning of Arctic drilling is justified on both climate change and ecological grounds. But this does not mean it will be easy to achieve. Governments will always seek to avoid limiting production of an exploitable resource. When they wish to act at all, it is much easier for them grasp the other end of the stick, encouraging alternative sources and greater efficiency in use. That is why, in the field of electricity, emphasis has gone into developing renewables and nuclear energy and insulating homes and buildings. This depresses demand for coal and gas without requiring the awkward step of making it illegal to develop them. 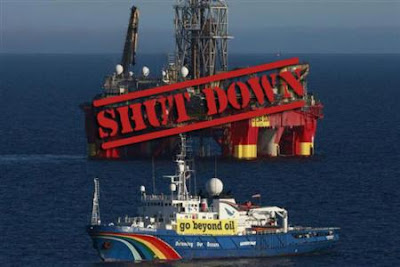 Yet prohibiting resource use has been done – indeed, many of the environmental movement’s greatest victories have taken this form. The bans on whaling, prohibitions on cutting down ancient forests, the creation of national parks, the protection (just) of Antarctica – all provide precedents. They have required protracted public campaigns to pressure governments and the companies involved, but in the end have succeeded, even if in some cases only partially. In the field of electricity, too, the demand to ban unabated coal-fired power stations is beginning to achieve success in a number of countries.

So a global campaign to prohibit the exploitation of Arctic oil looks set to become the new focus for environmental concern. The deep anxiety and backlash against the oil industry caused by the BP disaster in the Gulf of Mexico provides a huge opportunity for the environmental movement. Yet in putting pressure on the US, Canadian, Danish, Norwegian and Russian governments, it will meet fierce resistance from an oil industry with deep pockets and even deeper contacts in the upper ranks of governments and legislatures. For a movement that’s struggled to mobilise public opinion on the scale required to combat climate change, this will be a huge challenge. But in every generation one issue comes to symbolise the wider battle over humankind’s exploitation of the natural world. The confrontation now taking place in the cold winds of Baffin Bay may mark the next frontier. •

Michael Jacobs is a Visiting Senior Fellow in the Grantham Research Institute on Climate Change and the Environment at the London School of Economics. Until May he was Special Adviser to the British prime minister, Gordon Brown. He writes each month on the environment for Inside Story.