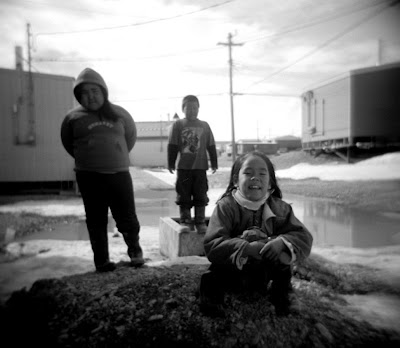 OTTAWA-Roads, airports and sewers in Canada’s North face serious threats from the unfolding impacts of climate change, the Parliamentary Aboriginal affairs committee has found, and it is calling on the federal government to step in and protect infrastructure “critical to northerners for their existence.”

The committee released a report on the North Thursday that backs criticism recently levelled against the government by the federal environmental commissioner who found that Ottawa had done nothing to prepare Northern communities to deal with climate change.

“Given the general view by witnesses before the committee in relation to the effects climate change is having on northern infrastructure,” said the committee report, which was also supported by all four federal parties, “and the relatively prohibitive costs associated with developing and applying technologies to enable adaptation, the committee believes that supportive action by the federal government is warranted.”

The committee heard from witnesses who described aging Northern buildings and sewer system coming under considerable strain from permafrost weakening from changing temperatures caused by climate change. Some construction companies are starting to install coolers to maintain permafrost and keep foundations from shifting.

The committee report quoted Robert Page, chair of the National Round Table on the Environment and the Economy, who told the committee that the North’s airports, roads and sewers faced serious threats from the increasing impacts of climate change.

“We are seeing in the Canadian Arctic today some of the most rapid climate change of anywhere in the globe,” Page is quoted as saying. “We will be pioneering the adaptation processes and projects whether we like it or not.”

Page also told the committee that the costs of preparing northern infrastructure to climate change “are beyond the ability of northern territorial and First Nations governments to deal with on their own.”

The report echoes concerns voiced this week by Scott Vaughan, the environment commissioner, who said the federal government lacked a “strategy” to deal with climate change in the North.

“The Canadian Arctic is going to be among the hardest hit because of climate change impacts,” said Vaughan.

“The affects of climate change are more augmented in the North,” said Stanton. “This is a recommendation that we are urging the government to consider carefully.”

The department primarily responsible for the North, however, has apparently washed its hands of any responsibility for helping Northern communities cope with climate change.

“The department of Indian Affairs and Northern Development does not provide assistance for the costs of repair and replacement of affected infrastructure in the North,” said the department in a Nov. 15 response to a demand of inquiry from Yukon Liberal MP Larry Bagnell. “The department does not conduct audits of damage associated with climate change.”