‘He seems more interested in smearing Americans as slanderers than addressing the concerns that we have with the environmental impacts of tar sands oil,’ says Friends of the Earth. 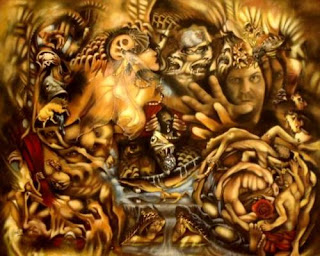 PARLIAMENT HILL – U.S. environmental groups Environment Minister Peter Kent accused of slander and “outright lies” about petroleum extraction from Alberta’s oil sands are reacting angrily to his allegations, as well as his plan to try to convince Americans the oil is “ethical” compared to petroleum imports from Saudi Arabia and other countries.

“If he’s going to come to the U.S. saying that we’re a bunch of slanderers, I don’t think that will get very far,” said Alex Moore, an energy specialist with Friends of the Earth in Washington, D.C., one of several U.S. environmental groups that launched a “No Tar Sands Oil” campaign in December.

“He seems more interested in smearing Americans as slanderers than addressing the concerns that we have with the environmental impacts of tar sands oil,” Mr. Moore said. “They [Mr. Kent and Mr. Harper] seem to be coming from the position that people who are concerned about tar sands oil have something against Canada. We really want to move off oil entirely. America and the rest of the world cannot afford continued addiction to oil.”

It is the latest wave of reaction to the surprise statements Mr. Kent (Thornhill, Ont.) began making only a day after Prime Minister Stephen Harper (Calgary Southwest, Alta.) assigned him to his new post on Jan. 4.

Mr. Kent’s statements, particularly a lengthy appearance on a CTV political panel show, have already sparked criticism from high-profile Canadian environmental groups, and U.S. environmental groups told The Hill Times Mr. Kent’s plan to sell oil-sands petroleum as an “ethical” source for U.S. imports is bound to fail and will likely do more to damage the oil’s image in the United States than to improve it.

Mr. Kent said on CTV Question Period, after a week of controversy over his defence of oil sands petroleum as “ethical oil,” that he intended to put his statements “into context.”

Mr. Kent explained “it was in response to a question about the slander and disinformation of outright lies in some quarters, but particularly in the United States, about oil from Alberta’s oil sands, and in that sense I said that I would be making great efforts to talk to our American neighbours, and to remind them that it is not only secure oil, but it is in fact ethical oil, it is regulated oil, it is a great economic resource for our country, and we manage it in reasonable and sustainable way towards achieving our target of making Canada a clean energy super power.”

Canadian environmentalists promptly criticized Mr. Kent on grounds that Canada has not yet developed new regulations for limiting greenhouse gas emissions from the oil sands, and the Canadian as well as U.S. environmentalists pointed out the federal Commissioner of the Environment and Sustainable Development, Scott Vaughan, reported last month that the federal Environment Department has only one long-term water-quality monitoring station downstream from oil sands production on the Athabasca River and insufficient data to keep track of possible pollution from the mining and refining.

An environmental legal expert with the Natural Resources Defense Council in Washington described Mr. Kent’s statement about ethical oil as a “desperate attempt with words to solve a problem that cannot be solved without action on the ground.”

“You can’t put a label, ethical oil, on oil that is the dirtiest on the planet. That’s a fact,” said Liz Barratt-Brown, a senior attorney with the council, which is also taking part in the U.S. campaign against oil sands extraction and imports to the U.S.

“You can debate whether it’s as dirty as Venezuelan oil or slightly more dirty than Venezuelan, but I think right now a more important, and he has a more important job to be doing, is to really look at, as the environment minister, what is happening in Alberta, what the ramifications are of the extent of expansion that’s planned there in the tar sands, what the implications are for the citizens of Alberta, for the First Nations people that live downstream,” said Ms. Barratt-Brown.

She added, though, that if Mr. Kent visits Washington he’s invited to speak with the NRDC and point out which comments are “slanderous or untrue.”

“I think he has an uphill battle. In fact I think that just makes him seem as if he’s not really looking at the very difficult and troubling issues that are being raised about the environmental concerns in the tar sands,” Ms. Barratt said. “I think if he came down here and said, ‘You know, I want to really look seriously at this. We’re really trying to address it. We’re going to put in place a decent monitoring operation,’ I think then you would see people starting to think, ‘Well wow, Canada is really tackling this.’ But I think to try to come and really brandish it with this ‘ethical oil,’ I don’t think it will help, to be frank. I think it will set him back, I really do.”

Mr. Kent and Mr. Harper are basing their pitch for ethical oil on a book written by Conservative insider Ezra Levant, a former Reform party organizer who has maintained close ties with Mr. Harper.

The book, Ethical Oil: The Case for Canada’s Oil Sands, harshly critical of human rights abuses and undemocratic governance in virtually all of the major suppliers of oil to refineries in the United States and eastern Canada, includes an eight-page criticism of Kairos, the interdenominational church advocacy group whose federal funding Mr. Harper’s government cut sharply in 2009, for its criticism of the oil sands prior to the funding reduction.

John Dillon, a coordinator for global economic justice with Kairos who attended the Cancun, Mexico, climate change conference Nov. 29-Dec. 10, was surprised to learn Mr. Levant’s book included criticism of Kairos for its position on the oil sands. When the government slashed its funding, by $7 million over four years, it was widely suspected the chief reason was Kairos advocacy for Palestinians in Israel.

“We honestly don’t know which issue it was,” said Mr. Dillon, who added his voice to the criticism of Mr. Kent’s statements about ethical oil from the oil sands.

“From our point of view, there’s a more fundamental question, and that is the ethics of dependence on oil itself, no matter where it comes from, given the ecological crisis we’re facing on climate change,” said Mr. Dillon.