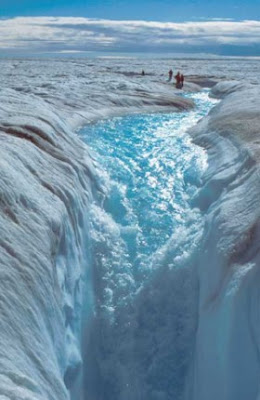 The negative impacts of climate change are coming on more quickly than anyone expected. According to a new NASA study, ocean waters are creeping steadily upwards, at rates faster than predicted, Maureen Nandini Mitra reports at Earth Island Journal:

“That ice sheets will dominate future sea level rise is not surprising — they hold a lot more ice mass than mountain glaciers,” Eirc Rignot, the report’s lead author said in a statement emailed by NASA yesterday. “What is surprising is this increased contribution by the ice sheets is already happening.”

This is just the latest warning sign that climate change is happening and that its negative effects will occur more quickly than anyone has prepared for. This will happen despite Republicans’ insistence that there is no hard scientific proof of climate change, and that “just because you might be in the minority doesn’t always mean you’re wrong,” as Rep. Morgan Griffith (R-VA) put it this week at a House subcommittee hearing on climate science.

This problem is not going to go away. The economist and blogger Tyler Cowen wrote this week that left-wing economists have a “reluctance to admit how hard the climate change problem will be to solve, for fear of wrecking any emerging political consensus on taking action.” In response, Mother Jones’ Kevin Drum comments, “Actually, liberals spend a ton of time talking about how hard climate change is. Still, there’s something to this. As hard as we say it is, it’s probably even harder than that.”

How hard? On Democracy Now!, Naomi Klein argued this week that progressive environmental groups have been pussy-footing around the scope of the issue entirely. She said:

“What I see is that the green groups, a lot of the big green groups, are also in a kind of denial, because they want to pretend that this isn’t about politics and economics, and say, ‘Well, you can just change your light bulb. And no, it won’t really disrupt. You can have green capitalism.’ And they’re not really wrestling with the fact that this is about economic growth. This is about an economic model that needs constant and infinite growth on a finite planet. So we really are talking about some deep transformations of our economy if we’re going to deal with climate change. And we need to talk about it.”

That’s a tall order for green groups, however, when they’re having a hard time convincing conservatives that climate change even exists. As Klein says, refusing to believe in climate change has become one way that conservatives define themselves, politically, and the pull of ideological identification outweighs any rational attitude toward the science in question.

The example of agriculture 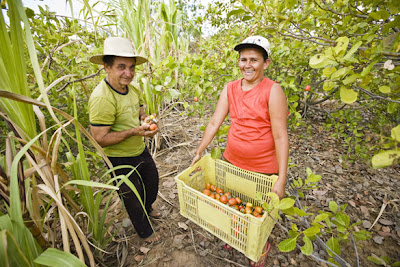 In many cases, solutions to the problems of climate change are clear. Only habit and political intransigence keep them from being put into action.

Agriculture is a great example of this tangle. Industrial farming pollutes earth, water, and air, while sustainable methods of farming promote global health. What’s more, they create as much, if not more, product than industrial farming techniques. This week the United Nations confirmed these benefits in a report on “eco-farming,” what Americans generally call sustainable agriculture. Inter Press Service reports:

“An urgent transformation to ‘eco-farming’ is the only way to end hunger and face the challenges of climate change and rural poverty,” said Olivier De Schutter, UN Special Rapporteur on the right to food. … Yields went up 214 per cent in 44 projects in 20 countries in sub-Saharan Africa using agro-ecological farming techniques over a period of 3 to 10 years… far more than any GM [genetically modified] crop has ever done.”

Despite this sort of success, the argument that agribusiness is necessary to feed the world is still running rampant. At Grist, Tom Philpott has been picking apart a series of articles from The Economist that explains, as Philpott puts it “how industrial agriculture is the true and only way to feed the 9 billion people who will inhabit the world by 2050.”

But as Philpott notes, sustainable farming can feed the global population and is better for the planet as well. The United Nations, he writes, has: “found that ‘ecological agriculture’ could ‘assist farmers in adapting to climate change’ by making farm fields more resilient to stress.” So why isn’t eco-agriculture catching on? The report cites a bevy of obstacles, none of them technological:

“[L]ack of policy support at local, national, regional and international levels, resource and capacity constraints, and a lack of awareness and inadequate information, training and research on ecological agriculture at all levels.” 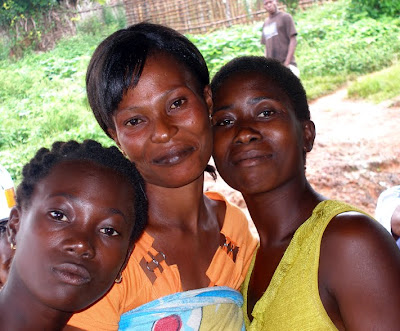 Indeed, it can be incredible how simple solutions to seemingly intractable problems can be. For instance, IPS reports, yet another UN report has found one solution to mitigating global hunger: Push back against gender inequality. IPS’s Alan Bojanic and Gustavo Anriquez write:

“The UN agency’s report estimates that if women had the same access to agricultural assets, inputs, and services as men they could increase yields on their farms, and this increase could raise total agricultural output in developing countries by roughly 2.5 to 4 per cent.

Moreover, such a growth in agricultural production could in turn bring 100 to 150 million people out of hunger — that is about 12 to 17 per cent of the 925 million undernourished people that exist in the world according to FAO’s latest estimates.”

Dealing with the problems of climate change might be harder than liberals often admit. But some of the simplest solutions haven’t even been tried yet.

This post features links to the best independent, progressive reporting about the environment bymembers of The Media Consortium. It is free to reprint. Visit the Mulch for a complete list of articles on environmental issues, or follow us on Twitter. And for the best progressive reporting on critical economy, health care and immigration issues, check out The Audit, The Pulse, and The Diaspora. This is a project of The Media Consortium, a network of leading independent media outlets.