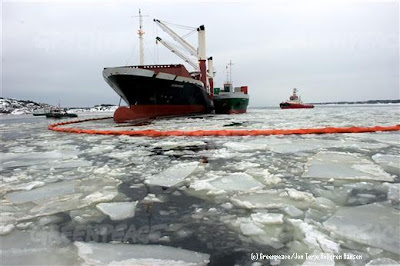 Norway’s Socialist Left party vowed today to reject any compromise that could lead to drilling off a pristine Arctic archipelago, setting the stage for talks that risk fracturing the Labour-led cabinet.

The untapped waters around the Lofoten and Versteraalen islands are regarded by the oil industry as the most promising that remain off Norway, whose output has fallen by a third in the past decade.

But allowing oil and gas activities in the fish-rich and unspoiled region is anathema for Norwegian green movements and political parties including the co-ruling Socialist Left (SV), Reuters reported.

Norway is due to decide within weeks whether to order an impact assessment study for drilling off the Lofotens, the first step toward possible drilling in the area that is home to Europe’s largest cod stock and unique cold-water reefs.

Yesterday, Labour MPs asked Prime Minister Jens Stoltenberg to negotiate a way out of the stalemate with SV, possibly by changing the study’s name or tweaking its scope.

But the Socialists rejected such notions.

“We can’t accept any study that leads to opening the region for oil and gas activities,” SV’s energy spokesman Snorre Valen told Reuters. “We simply won’t compromise on this.”

SV has built its programme around keeping the Arctic region oil-free, believing exploration would “destroy the environment and create only a few jobs.”

The coalition has survived for six years in part because it has delayed decisions regarding the Lofotens. But pressure from the powerful oil industry, unions and locals who support drilling in northern Norway is forcing Labour to take a stand.

Environment Minister Erik Solheim, a leading SV politician, talked down the possibility of the government falling apart over the Lofoten issue, the most divisive in Norwegian politics.

“I will not say anything about government discussions, but for some SV’s case is clear — it is unacceptable to produce oil off the Lofoten and Vesteraalen,” Solheim was quoted as saying by daily Aftenposten.

“The government has for the past six years shown a phenomenal ability to survive. We have like Lazarus risen from the dead, and several times at that.”

Norway’s top trade unions back drilling and regard it as a way to bring jobs to northern Norway.

“I am very afraid Stoltenberg won’t formally open an impact assessment study off Lofoten,” Leif Sande, head of the powerful Industri Energi union, told Reuters. “Stoltenberg wants his coalition to hold until the (parliamentary) election in 2013.”