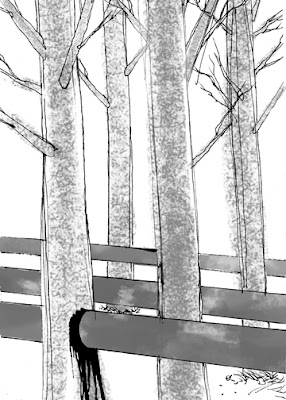 VANCOUVER—The struggle against the proposed Enbridge pipeline, which has galvanized First Nations throughout northern BC and earned popular support from people across the country, has become one of the highest profile Indigenous and environmental issues in Canada. Concerns are mounting that in Enbridge’s shadow, other energy projects are slipping under the radar—with potentially explosive consequences.

The Kitimat Summit Lake (KSL) gas pipeline, also called the Pacific Trails Pipeline, is of emerging concern to Wet’suwet’en land defenders and local residents. If built, this pipeline would connect to an existing Westcoast Energy Pipeline at Summit Lake, near the geographical centre of BC, and cut west to Kitimat.

“The general location of the pipeline was the first phase of BC’s new and controversial Energy Corridor discussions; other phases…included the Enbridge oil pipeline from Alberta’s tar sands to Kitimat, which many First Nations strongly opposed in early 2011,” reads a recent report prepared by the BC Tap Water Alliance about the KSL pipeline proposal.

At the western end of the proposed pipeline would sit a brand new Liquid Natural Gas (LNG) port, which is being built by a handful of former Duke Energy insiders on Haisla reserve land at Bish Cove, an area described in media reports as pristine beachfront. First planned as a pipeline to supply the tar sands with natural gas, the project has since been modified to provide an export channel for the emerging shale gas bonanza in northeastern BC and Alberta.

“In 2004, for all of the energy processes in North America, we didn’t have enough gas,” said Will Koop of the BC Tap Water Alliance. “Now they want to export this gas, they want to change the direction of the import gas proposal from Kitimat to the tar sands and reverse it,” Koop told The Dominion.

The proposed KSL pipeline would be almost 500 kilometres in length and 91 centimetres in diameter; it would also be flanked by an 18-metre right-of-way on each side. The project has quietly received approval from both the federal and provincial governments, and is awaiting the final nod from the National Energy Board, the federal agency that oversees oil and gas projects in Canada.

“Nobody showed up for the first open house in Houston—three people I think—so they cancelled all the other open houses. There was never another open house on the KSL pipeline,” said Glenda Ferris, a long time environmentalist who lives in the Buck Creek Valley near Houston BC. “There was never even a news article about this pipeline in the local papers…They did this all under the table,” she said.

In February 2011, Vancouver-based Pacific Northern Gas sold its stake in the KSL project to the Houston-based Apache Corporation and EOG Resources (formerly Enron).

Ferris is not alone in feeling left in the dark about the plans to build the KSL pipeline.

In early April 2011, Freda Huson, a spokesperson for the Unist’hot’en Clan of the Wet’suwet’en, received a letter from Pacific Trails Pipeline, indicating that the company planned to put drilling pads on the site of her family’s camp. A week later, Huson visited the location, the company having neglected to seek permission or prior consent from her clan as traditional land owners.

On the site, Huson noted fluorescent ribbons inscribed with the words “Pacific Trails Pipelines” hanging from tree branches, marking the path the pipeline would follow. Enraged, Huson took down the ribbons, and returned the next day with members of her family to build a makeshift fence around the area.

These days, Huson is entertaining the idea of moving into a cabin on-site so that she can keep a closer eye on what is happening on the land she says her family has depended on for trapping and fishing for hundreds of years.

“I received a telephone call and they said they were wanting to meet with us, because we told them they were not coming in, and we would block them,” said Huson, referring to her last interaction with one of the pipeline companies.

Unlike in the case of the Enbridge pipeline, elected officials from the 14 First Nations along the KSL pipeline path have already agreed to the project. Some have received incentives, including employment for band members, for agreeing to the project. The Haisla Nation did not respond to a request for an interview before press time.

The cumulative impacts of the infrastructure connected to the KSL pipeline will be enormous, and range from LNG terminal and storage areas near the coast to the massive shale gas projects in northeastern BC, which are slated to use a significant portion of the energy generated by the proposed Site-C dam. A recent study from Cornell University indicates that natural gas extracted from shale through a process known as hydraulic fracturing (“fracking”) may actually release more carbon emissions in the long run than coal or oil.

Oil and gas pipelines running side by side also make a dangerous combination.

East of the Morice River, lying to the west of the town of Smithers, BC, a significant distance separates the proposed route of the Enbridge oil pipeline and that of KSL. However, closer to the river as well as to the west, the proposed pipelines would run side by side.

“When they go up the Morice and through the coast mountains to Kitimat, they’re right on top of each other,” said Ferris. “The basic probability of failure is an explosion, why would you ever allow an oil pipeline to be built next to the KSL pipeline?”

Enbridge did not return this reporter’s request for an interview before press time.

Dawn Paley is a journalist in Vancouver.