What happens when watchdog becomes lapdog?

The Economist magazine once described “regulatory capture” as a simple case of a gamekeeper behaving like a poacher.

Whenever industry captures the power of the state to foster private goals (and it’s an occupation older than prostitution), regulators get captured and corruption surely follows.

And that’s now a big problem for North America’s energy regulators, which, arguably, are the continent’s most powerful public servants. Yet their integrity appears to have peaked along with conventional oil and gas in the 1970s, and most are now abusing their powers. In an era of volatile energy prices, it appears that regulators would rather please industry than police it.

MMS wasn’t the only energy watchdog caught sleeping on a rig or betraying the public trust. A damning 2011 legislative review of one of the continent’s oldest oil and gas regulators, the Texas Railroad Commission (TRC), concluded that it barely enforced the law. In 2009, the TRC recorded 18,000 violations but only issued 379 penalties. After reading the report, one U.S. congressman called the TRC “probably the most corrupt agency in the state of Texas.”


‘It’s a facilitator, not a regulator’ 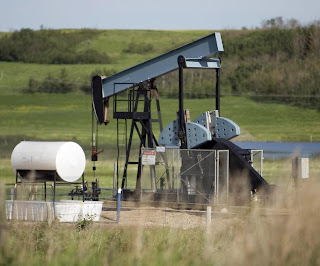 But here comes the bad news: Dave Core, director of federally regulated projects for the Regina-based Canadian Association of Energy and Pipeline Landowner Associations, (CAEPLA) says the situation isn’t much better at the National Energy Board (NEB) in Canada.

For the last 10 years, Core, an Ontario-farm boy and founder of CAEPLA, has represented thousands of rural Canadians at scores of regulatory functions. The former grain grower also corresponds with the board regularly. As such, he’s had a front row seat on the doings of the NEB, which claims to be strong and independent. “But it’s not a regulator,” Core says. “It’s a facilitator.”

Nor is it all that independent. The NEB, which must behave in an unbiased fashion, even dropped the word regulator from its lingo and replaced it with “partner.” In fact, the board repeatedly described itself as an industry “partner” until CAEPLA politely asked how one partner could regulate another partner.

(In 2008, Gaetan Caron, the chair of the NEB, gave several speeches describing the vision of the NEB as an “active, effective and knowledgeable partner in the responsible development of Canada’s energy sector for the benefit of Canadians.”)

Now, the Canadian government didn’t set up the NEB in 1959 to be a “knowledgeable partner,” but to regulate powerful and obscenely profitable pipeline companies. It came into being after a great national debate about the construction of a pipeline to take Western gas to Eastern markets across some of Canada’s finest farmland. (Peter Lewington’s 1991 book No Right of Way brilliantly tells the struggle to preserve farmland from “the ravages casually and arrogantly inflicted by powerful pipeline companies.”) 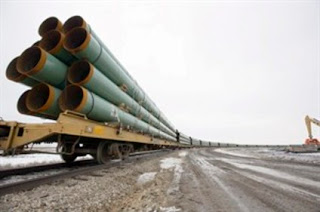 But like the now-defunct MMS, the NEB has always struggled with two conflicting mandates. With one hand, it permits big pipelines that cross provincial or international borders. But with the other, it’s charged with protecting public safety, the environment and landowner rights.

“As an industry facilitator, it’s a success,” says 56-year-old Core. “But as a regulatory watchdog, it’s passive. And as a sometime environmental ombudsman giving due regard to the legitimate interest of landowners, it’s a total failure.”

Nor is it terribly transparent. After two big Enbridge bitumen pipeline leaks in the United States last year, the board secretly ordered the company to reduce its pipeline pressure in Canada by 20 per cent and recheck its welds. How do we know? Well, Ottawa researcher Ken Rubin broke this important safety news.

Incredibly, Canadian taxpayers no longer even pay the board’s bills. Thanks to a 1991 financial funding change, the NEB now gets 90 per cent of its money from industry levies from about 160 companies. (In 2009, industry levies accounted for $52-million of the board’s $60-million budget). Not even the defunct MMS was that cozy; it got but 50 per cent of its funding from industry.

What that means, says Core, is that essentially four powerful pipeline companies (Enbridge, TransCanada, Spectra and Kinder Morgan) now account for most of the board’s budget. CAEPLA asks a basic question: how can an agency regulate pipelines in the pubic interest when it is 90 per cent funded by private industry?

No one except landowners paid much attention to the doings of the NEB when it only regulated a few thousand kilometers of pipeline. But thanks to expanding bitumen export lines (and the proposed Enbridge Northern Gateway mega-project) the board now regulates more than 70,000 km of steel pipe carrying $110-billion worth of fossil fuels. 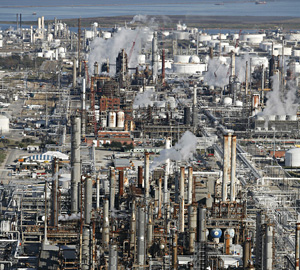 The board’s rulings not only impact tens of thousands of rural Canadians, but developments north and south of the border. The 2009 approval of the controversial $7-billion Keystone XL pipeline to ferry bitumen to Texas, for example, has angered thousands of U.S. landowners too. (Even Annise Parker, the mayor of Houston, has raised concerns about “increased emissions of air pollutants at Texas refineries” from the pipeline, something neither NEB nor TransCanada devoted much thought too, let alone hard numbers.)

One issue that rankles Core, who calls himself pro-development, has been the systematic trampling of landowner rights, as well as the matter of pipeline abandonment. He doesn’t think that rural landowners should have to pay for the soil or groundwater liabilities associated with empty and corroding pipelines once the oil stops flowing.

In fact, a 2000 report on the board’s effectiveness by Purvin & Gertz (there’s only one copy at the board’s excellent library and no, it’s not available online) shockingly noted that NEB had no plans for pipeline abandonment and “no environmental policies and standards” either.

“There is a disturbing perception that the National Energy Board has in some sense been ‘captured’ by the western based producer and pipeline industries,” added the report. (The board is located in downtown Calgary, and most of its staff comes from industry too.)

Over the last two decades, the board has quietly made one decision after another that slowly shifted the liability of pipeline abandonment onto landowners, charges Core. “The NEB’s regulations are turning our properties into abandoned gas sites.” In fact, companies can plug old pipelines and simply leave them in the ground. (The board claims it started landowner consultations in 2007, but Core calls the initiative pure window dressing.) 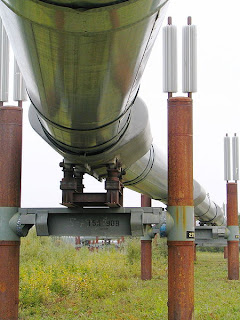 When Core asked the NEB what industry lobbyists or “partners” it consulted with about these critical changes, the board refused to say. An inquiry under the Access to Information Act yielded an astounding 300 blank sheets of paper.

“I was shocked,” says Core. “Even the Information Commissioner said he had never seen anything like that before.” The issue remains unresolved, but CAEPLA has been running ads calling the board a “captured regulator” ever since.

CAEPLA, which is funded by landowners, also got into a tussle with the board when it unilaterally decided to take over the extensive NOVA Gas Pipeline System in Alberta from Alberta regulators in 2009. As a result, thousands of landowners lost the right to recover fees and other costs during pipeline disputes. It also imposed new risks on landowners. The NEB decision dramatically increased the amount of pipeline regulated by the board, but at the expense of ordinary rural Albertans, says Core.

Core, who admits that he’s disliked by pipeline companies and their partners, also doesn’t think the board has done a fair job of properly notifying landowners of their rights in regulatory hearings for the Enbridge Gateway project.

In a June 7 letter, he noted that it appears “that Enbridge has many partners in this project, two of them being the NEB and Canadian Environmental Assessment Agency and all are taking advantage of rural culture… a culture of trust.”

Development that doesn’t respect landowner rights, watersheds and the stewardship responsibilities of farming families is not sustainable, he adds. “The way the board treats landowners is the same way Canadians used to treat aboriginals a century ago, with lots of lip service. They call us stakeholders. But we are stewards, who have to live with the risks and liabilities.” 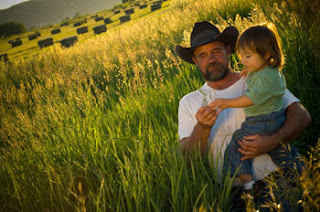 Core believes that a rigorous federal evaluation and review of the NEB’s mandate is long overdue. Even Canada’s dysfunctional Senate agrees. After reviewing offshore drilling regulations last year, the bipartisan Standing Senate Committee on Energy recommended a study of regulatory boards such as the NEB to determine if there is a “material conflict” between being a energy promoter and an environmental steward.

Another Senate paper with the catchy title, “Attention Canada: Preparing for Our Energy Future” also noted that many Canadians felt the national energy regulatory system was broken, and that rural Canadians “bear a disproportionate share of the costs” for big energy projects.

If there is one consolation in this high drama about captured regulators, it’s that the NEB is by no means the worst in Canada, says Core.

“I call them the Goon Commission,” says Core.

The OGC is 100 per cent funded by industry, and was even set up and initially directed by Brad McManus, a former environment manager for the Canadian Association of Petroleum Producers.

But that’s another column.