Will ministers let oil industry dictate the recipe? And thumb their nose at the world?
By Matt Price
TheTyee.ca
July 16, 2011 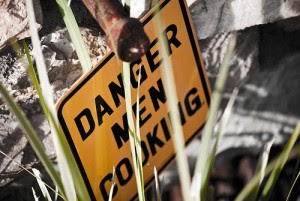 Here’s a puzzler for you:

Why are both the oil industry and the Alberta Government, who usually use the word “Ottawa” as an insult, suddenly calling for a national energy strategy? The provincial and federal energy ministers gather today in Kananaskis, Alberta, and on the agenda is this very conversation.

Remembering our history, the legacy of the 1980s National Energy Program was enough to spark such a backlash that we gave away the energy store in Chapter 6 of NAFTA, tying our hands in front of the Americans to ever intervene in our energy industry again. (The Mexicans thought we were loco to sign Article 605, so themselves refused).

Surely the oil industry and the Alberta Government don’t now want Ottawa to actually do something on energy after years of slumber?

Well yes, actually, although unsurprisingly what they are talking about is Ottawa helping to provide more certainty for increased oil and gas activity, with a smattering of green stuff thrown in if that helps them get there.

Alberta Minister Ron Liepert uses the example of a national energy strategy setting a goal of market diversity, which would happen to align nicely with Enbridge’s argument in favour of building the Gateway pipeline from the tar sands to supertankers along the B.C. coastline.

Shell talks about a national energy strategy improving our “international competitiveness,” which again aligns with access to “export markets.” Shell also talks, though, about a price on carbon and reducing our carbon footprint.

And this, really, is the true reason we’re having this energy conversation right now. The root cause is that Canada failed miserably at the last conversation, the one about climate change, and this is now coming back to haunt us.

On August 20th, prominent U.S. environmentalist Bill McKibben and others are publicizing a civil disobedience action in Washington, D.C. against the proposed Keystone XL tar sands pipeline to the U.S. Gulf. Just last week, 100 people occupied the Montana governor’s office to protest his support for the pipeline.

These activities mark an escalation of the tar sands debate, adding to aspects such as B.C. First Nations expressing overwhelming opposition to the Gateway pipeline, and themselves pledging civil disobedience.

As McKibben puts it, the tar sands are “the continent’s biggest carbon bomb,” and he cites NASA climate expert James Hansen saying they cannot be exploited or it is “essentially game over” for the climate.

If Canadians had taken our climate commitments seriously several years ago, we would have put in place measures that would have seen us instead aggressively take advantage of the huge renewable energy potential we have across the country instead of scaling up the tar sands and wanting to build more pipelines.

Get in front of green wave

This is the vision being put forward in a paper by the Tides Foundation in Kananaskis today. It shows how other countries are moving forward in developing a clean energy economy, and says, rightly, that we can do it to. If we choose to.

Canada is truly reaching a crossroads regarding who we want to be when we grow up. One pathway sees us thumbing our nose at the world as we profit from the raw materials that will cook our planet, while the other sees us take responsibility and instead make the switch to a clean energy economy.

Let’s see which pathway our energy ministers chart for us.