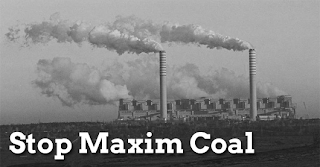 Ottawa (12 August 2011) – More than 40 diverse civil society organizations from across Canada have signed a letter calling on federal Environment Minister Peter Kent to protect the integrity of Canada’s forthcoming coal regulations by ensuring that this proposed new coal plant is not permitted to evade Ottawa’s rules.

The letter makes the case against building new conventional coal plants in Canada, instead supporting the development of renewable energy like wind and solar. The signatories request that Kent ensure that the Maxim proposal is not fast tracked to evade Ottawa’s pending regulations.

On August 10, Maxim Power Corporation received final approval from Alberta’s utilities regulator to build a coal-fired power plant that would start operating just before federal regulations on coal-fired electricity would kick in 2015.

The federal government is expected to publish a draft of these regulations for coal-fired power plants in the coming weeks.

“Coal is the worst offender among fossil fuels when it comes to producing the pollution that cause global warming,” says Steven Guilbeault of Equiterre. “Studies have shown that Alberta can meet its future electricity needs without building new coal plants by ramping up energy efficiency and investing in cleaner energy.”

When the government announced its plans for new regulations on coal-fired electricity last year, then-Environment Minister Jim Prentice committed to “guard against any rush to build non-compliant coal plants” before the federal regulations take effect in 2015.

However, Maxim Power explicitly asked for, and obtained, an accelerated approval from Alberta’s utilities regulator in order to ensure that its proposed plant could avoid being subject to the regulations. In documents filed with the Alberta Utilities Commission, Maxim’s lawyers explained that they met with Environment Minister Peter Kent to understand how their plant could be “accommodated” by the federal regulatory proposal.

“Minister Kent’s role is to protect Canada’s environment and the health of Canadians,” says Gideon Forman of the Canadian Association of Physicians for the Environment. “Environment Canada can help foster a safe and sustainable future by phasing out all of this country’s coal plants.”

Organizations are calling on Minister Kent to refocus his efforts on showing leadership in building the clean energy economy that Canadians deserve.

The National Union is a member of the the Climate Action Network – Canada, one of the signatories to the letter.