The Council of Canadians and a number of Québec and First Nations peoples, student and labour groups came together for a major conference in Montréal October 21-22.

The conference explored how we can work together as civil society movements in Canada, Québec, and the First Nations to create positive alternatives to a system that makes profits more important than people and the planet. 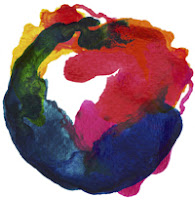 People joined in a united Call to Action at the conclusion of the conference. The draft statement, in part, reads,

“We stand with each other, with the Indignez movements in Europe, and with the occupiers of Wall Street, Bay Street, Montreal, Vancouver and the thousands of others worldwide. We stand with our trade union sisters and brothers who are fighting to maintain worker rights won many years ago. We are inspired by the Arab Spring to demand real democracy from our leaders. We commit to working with Indigenous peoples to bring about a new society designed to serve our common goals and aspirations. We will strive to live better, to de-globalize, to think strategically and sustainably. We will stand and resist and hope. We will act for justice. We are already building a better world, which we see is possible. We invite you to join us.”

Our heartfelt thanks to are extended to Alternatives, Eau Secours!, Association québécoise de lutte contre la pollution atmosphérique (AQLPA), and Médecins Quebecois pour la regime publique (MQRP) who joined us in organizing and hosting this event, as well as to CUPE•SCFP and CEP•SCEP for their generous sponsorship.