How to trim greenhouse gas weight while piling on the tonnes in the oil sands?

By Fred Wilson
Rabble.ca
January 19, 2011
Third in a series on oil politics and climate change 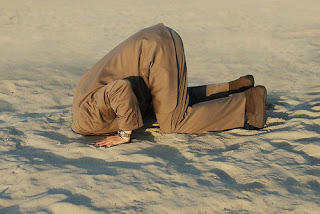 There is one overriding question that hangs over the Harper government’s adamant refusal to face up to climate change and to regulate a reduction in Canada’s greenhouse gases. How is it possible to reduce greenhouse gas emissions while at the same time generating more of them than ever?

Stephen Harper and Peter Kent are like the overweight twins trying to shed pounds, while eating greasy bitumen burgers for lunch. That is what our ever increasing bitumen exports to the U.S. amounts to in relation to the struggle to take action on climate change.

Actually, our greenhouse gas waistline receded modestly last year, the result of the global recession. Like most quick fixes, those weight losses will not be sustained and the country is expected to be at close to the same greenhouse gas weight in 2012 as we were in 2008. Even going to the gym isn’t cutting us down to size, because the twins are addicted to super-size-me Big Macs at the northern Alberta drive-in.

The greenhouse gases (GHGs) from the oil/tar/bitumen sands in 2008 was 37 million tonnes. Easily the largest single source of GHGs in Canada, the bitumen sands are about 5% of our total emissions which were 734 million tonnes in the same year. These are large numbers, but not show stoppers for achieving climate change targets — provided Canada had a comprehensive plan to reduce GHGs, including mandatory limits on all large industrial emitters.

The real problem is that expansion of the bitumen sands is forecast to increase production 300% by 2020 (1.2 million barrels per day in 2008 to 3.6 million barrels per day by 2020). That expansion translates into annual GHG emissions in the range of 110-120 million tonnes — 73 million tonnes more than in 2008. The Alberta government does have regulations requiring producers to reduce the “intensity” of GHG per barrel by 12% — and those regulations may mitigate GHG growth. But not enough to stop gaining a lot of weight.

The logical thing might be to slow down the pace of expansion, while we lose weight in other areas. But there is no logic when $15 billion to $30 billion of capital will be be poured into northern Alberta every year from 2011 to 2017. Nor is there any logic to the massive bitumen pipelines now built and proposed to export almost all of the increased production to U.S. markets. The largest and most controversial, Keystone XL, will take almost a million barrels per day by itself to the Texas Gulf Coast.

So what is the break point between oil sands expansion and the need to cut greenhouse gases? Harper and his new Environment Minister are laughed out of the room when the question gets asked. Canada is so far from meeting any of its climate change/greenhouse gas targets that no one takes them seriously.

2012 is the year that the Kyoto Accord winds up. For the record, if we take the optimistic estimate that we will be no worse than our 2008 emissions in 2012, Canada’s GHGs will be 226 million tonnes over or 145% of our Kyoto target. Our emissions will be 17 million tonnes more than when we ratified Kyoto in 2002.

In the aftermath of this failure, the UN climate conferences have now set a new, post-Kyoto benchmark to maintain average global temperature rises to below 2 degrees Celsius. That target is 25% below 1990 levels by 2020.

Canada is nowhere in that game. The latest Conservative weight-watcher plan, committed to at the Copenhagen climate conference in December 2009, will try to reduce our emissions by 2020 to within 3% of our original Kyoto target for 2012. This latest target was a step back from their previous plan brought in by John Baird in 2007 which would have been 2% below our Kyoto goal in 2020.

Here then is the problem that our overweight twins cannot solve. To reach their own mini-target for 2020, which is considered by the great majority of the world to be a betrayal of our previous commitments and negligence in the face of a global environmental crisis, they must reduce our annual GHGs by 124 million tonnes in 9 years. But during the same period, up to 60 million tonnes of new emissions will be released because of the expansion of the bitumen sands. That would make the target closer to 200 million tonnes, not including other emission increases from the rest of the economy.

That will take an unprecedented diet and exercise program from a government that has yet to step foot into a gym. Neither do we hear now any New Year’s resolutions about at last losing weight or changing our lifestyle. To the contrary, we should forget all about health and responsibility and learn to love ourselves just the way we are. We even have a name for that: “ethical oil.”

It is 9 years since Canada ratified Kyoto and 8 of these 9 years have been the hottest years ever recorded. Last year, the hottest ever in Canada, was 3 degrees Celsius above historical averages. It’s time for those who care to figure out the politics that will end the obfuscation, diversions, betrayals and stonewalling that has brought us now to the brink. My last posting in this series will be on that subject.

2002 (December): Canada ratified Kyoto. Canada’s GHG emissions were 717 MT in 2002. The Climate Change Action Plan developed promised to cut that by 240 MT, but no comprehensvie or mandatory measures were adopted to achieve that goal.

2005: Canada’s GHG emissions had grown to 731 MT. The Martin Liberal government now proposed to cut annual emissions by 270 MT, but once again no regulations to achieve this were proposed.

2007: Canada’s GHG emissions are 750 MT. Environment Minister John Baird proposes a new target of 20% below 2006 levels by 2020. This target would be 3% below Canada’s 2012 Kyoto target, only 8 years late. Baird’s policy paper “turning the corner” also includes a framework for future regulations on large industrial emitters.

2010: The Conservatives officially drop the regulatory framework for large industrial emitters proposed in the 2007 policy.

Canada’s parliament adopts Bill C311, an NDP bill, which sets a target of 25% below 1990 levels in 2020. This target reflects the advice of climate scientists at the Copenhagen conference who reported that cuts of 25% to 40% by industrial countries are needed to keep temperature rises less than 2 degrees Celsius. In 2011, the Conservative Senate killed the bill.

2012: This year is the target year for the Kyoto Accord when we were supposed to reduce our GHGs to 512 MT. Canada’s 2010 report to the UN on our Kyoto commitments, projected GHG emissions in 2012 of between 730 MT and 739 MT depending on economic growth and oil prices — roughly the same as today and about 222 MT or 43% higher than our Kyoto treaty commitment.