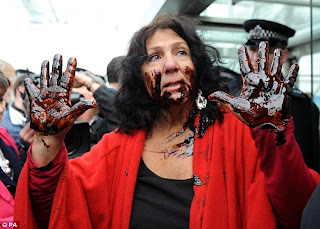 Climate change: you can’t get away from it these days.

Except for a few die-hard holdouts, the scientific argument has carried the day in most places. It is now recognized as an international priority, though you wouldn’t know it from the actions of our so-called leadership. That urgency is being felt by nobody more than Indigenous Peoples, who happen to live in the most diverse and fragile ecosystems remaining in the world. In Canada, the Inuit are experiencing some of the greatest temperature changes in the whole world, disrupting a traditional culture that depends on the cold as much as the Amazon does on the rain.

However, even though Indigenous communities are heavily implicated by the effects of climate change, it hasn’t meant that they’re being involved in the design of responses to the global threat, as the principles of climate justice would dictate. Within Canada, as on the international stage, Indigenous voices have been effectively silenced, now more than ever under the Harper regime. Canada has gone on the offensive in United Nations climate negotiations in an attempt to protect the Tar Sands from international regulation, consistently being voted worst of all nations in blocking progress towards a binding climate treaty.

The framing of the ailment determines the proper treatment. Here there is a vast ideological divide, with drastically different implications in terms of what needs to be done to address the reality of climate change, and in terms of who is responsible.

For the governments of Northern countries, and even most mainstream environmental organizations, this is framed as a simple matter of getting the numbers right, at the most. That is to say, climate change becomes a managerial concern, balancing the books on carbon, a modest shift to the system, if it implies doing anything at all.

For many Southern countries, climate justice groups and Indigenous movements, the issue of climate change is recognized as a symptom of our modern capitalist, colonial and undemocratic systems, and the only way to address it is through a complete overhauling of our economic and political systems.

That much is commonly known within environmental justice circles. What is not as widely known is the difference between the generic environmental justice position and the position of Indigenous movements. The positions distinct to the Indigenous movement have focused on guaranteeing Indigenous participation in climate negotiations at all levels. This is necessary to ensure that Indigenous Peoples’ rights are protected throughout — especially the collective rights to maintain a culture and the ecosystems that culture depends upon.

Indigenous Peoples bring to these processes a holistic understanding of the environment, a distrust for technological quick-fixes, and a respect for Indigenous Knowledge as a solution. This last piece is a crucial one, but one not well understood by even well-informed climate activists. And it has to do with one of the key conflicts of the climate sphere, the battle over what is considered valid science and knowledge.

Indigenous Peoples in Northern countries have long struggled to gain recognition of the legitimacy of their knowledge, also known as Traditional Ecological Knowledge (TEK) among other names. Briefly, this refers to the accumulated knowledges of various Indigenous cultures as to their ecosystems, changes over time, and particularly relationships that exist in the natural world, which includes humans and spiritual relations. At the international level Indigenous knowledge has barely emerged as a concept, and is often dismissed as something akin to voodoo. Notwithstanding the many nay-sayers in Canada, there has been more acceptance by the powers-that-be in this country because this knowledge has proven to be useful in explaining many relations not knowable or observable by Western science, thus filling in numerous gaps in Western understandings of climatic change. This has come as a result of Indigenous leaders actively pushing for the acceptance of TEK by authorities and scientists, with much push-back.

Indigenous rights, and human rights more broadly, have not only been directly impacted by climate change, they are also impacted by many of the proposed solutions to climate change. Perhaps the best known example has been biofuels. Originally hailed as the solution to allow our oil-based economy to get a little bit greener, it has become obvious that biofuels are no solution at all.

There is research to show that some types of biofuel production actually produce more greenhouse gases than gasoline when the process of planting, fertilizing, harvesting, processing, and transportation are factored in. Additionally, Indigenous Peoples have been displaced from their homelands so the crops could be grown, all to allow northerners to continue driving SUVs while feeling environmentally empowered.

Other more insidious measures have been proposed under the guise of carbon markets. The idea behind carbon markets is a variation on a line we’ve all been fed – the markets will solve anything. We put a price on carbon (emissions), and hey presto, corporations will manage themselves. Of course, we know that hasn’t worked, and won’t work. Such measures will only delay necessary changes, while perpetuating economic imperialism as northern companies seek to “buy” the carbon-cycling capacity of the atmosphere from communities in the Global South.

This is the nature of much carbon trading underway, and there is widespread evidence that many projects being sold in the South are not truly additional — that is to say, they would have happened anyway. So there is not actually any net savings in greenhouse gases, but in fact companies have paid for the “right” to pollute even more domestically.

Inevitably many of these projects are on the backs of Indigenous communities — projects like community-displacing dams, wind farms with their terrorizing and violent backers, and many proposed “reduced emissions from deforestation and degradation” (REDD) projects that would fall under the reign of the carbon markets. These latter projects may put a high enough price on forests that Indigenous Peoples will have to fight to remain on their lands.

Despite these challenges and setbacks, Indigenous movements have become increasingly vocal and visible inside and outside the official climate negotiations. Indigenous peoples gained prominence during the 1992 Earth Summit in Rio, but only began participating significantly in the UN climate talks from 1998 on.

However it wasn’t until 2006 that Indigenous issues were first addressed by countries, and not until 2009 that draft text came out supporting Indigenous rights (it still remains in limbo). As expectations have gone down for potential outcomes of climate negotiations, Indigenous involvement has gone from supporting positive outcomes to trying to prevent the worst outcomes for their communities.

However, Indigenous movements have also been prominent outside the UN climate talks, bringing their message in defense of Indigenous rights. This has included the UN Office of the High Commission for Human Rights, the Permanent Forum on Indigenous Issues, even the Inter-American Commission on Human Rights, amongst other official bodies.

Indigenous Peoples have also been prominent in civil society gatherings, participating in the World Social Forum and other large gatherings. More recently, they stole the headlines after organizing an Indigenous forum on climate change in Alaska in 2009. They were the dominant force behind the 2010 Cochabamba Climate Summit, which developed many relevant and progressive understandings and solutions to the climate crisis.

Despite these advances, one of the more frustrating relationships remains with mainstream environmental groups, who struggle with even the idea of a special role for Indigenous Peoples in the climate change negotiations, if they acknowledge them at all. There has been significant progress in developing an understanding of Indigenous issues, yet many groups remain reticent to listen or take leadership from Indigenous groups in any substantive way. A few NGOs do stand out for their acceptance of an Indigenous agenda, yet they often remain marginalized for their positions.

There is a long way to go for many to understand the plight of Indigenous Peoples through history and their unique impacts from and contributions to resolving climate change, before they will not be replicating histories of oppression. Indigenous Peoples have shown themselves to be leading the climate change movement in many ways, but will still need all the allies they can get facing off against the most powerful and colonial countries and corporations.

Ben Powless is a Mohawk citizen living in Ottawa. He has just finished working on a photodocumentary on the impacts of the Alberta Tar Sands on Indigenous Peoples. He attended the past four climate negotiations with the Indigenous Environmental Network.