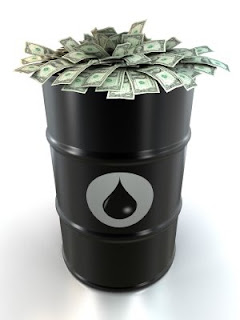 Where will you be and what will you be doing when the first giant oil tanker, (there will be two plying the waters every three days) carrying over 200,000 gallons of tar sands goop diluted with solvent, spills its load into the pristine waters of the northern BC coast? We often remember catastrophic events by recalling exactly what we were doing and where we were when we first heard the news, I guess because they were so unthinkable they brought us to a halt, emotionally and psychologically – time stopped. I was driving down a street in Waterloo, Ontario when I heard the news of the Montreal Massacre and I can still vividly recall my stomach turning as disbelief turned to revulsion. I will never forget that moment – and you will never forget the oil spill moment, if we let it happen.

When the global oil companies run your country – when they own your government – economic and environmental catastrophe are literally guaranteed. In Canada the oil companies and the Harper government know with a sinister certainty that an oil spill catastrophe is coming. The precautionary principle, rooted in the notion of the common good and established on a foundation of science, has no place in the calculations of global capital. It is replaced by risk assessment, cost/benefit analysis. But the assessment isn’t aimed at ensuring something bad won’t happen as it seems to imply. It is based on a cost/benefit analysis. How much will the oil spill cost? That it will happen is actually part of the calculation. Remember the Ford Pinto?

Stephen Harper muses about the evil being practiced by environmental and “other radical groups” as they engage in the democratic process provided to them (the hearings on the Enbridge pipeline) by his government. It’s as if by doing exactly what they are called upon to do, they are endangering the nation. This follows Harper’s repeated talk about the pipeline being necessary for the good of the country and the economy – and his declaration that anyone who criticizes the tar sands or the pipeline is sabotaging the economy. He calls then “ideological.” But ideology is meaning in the service of power – and all of it to date is coming from Harper and Big Oil.

This spinning is part of the preparation his government needs as it plans to first, denigrate, and second ignore, the environmental panel set to spend 18 months examining the pipeline and its impacts. He needs to undermine the panel’s work because we already know the project’s impact. The opposition will be backed by science and popular opposition. Any panel decision that gives the go-ahead for Gateway will be one that ignores virtually all the evidence. To maintain its credibility the panel may well rule against it and force Harper to reject its findings. And without a massive public campaign that can actually threaten Conservative-held ridings in BC, that is what will happen.

Harper’s dogged dedication to the oil patch could be his undoing as it privileges one sector of the economy at the expense of virtually all the others (except the financial sector which with government borrowing and the CMHC ensuring mortgages, never loses). This puts the Harper government in a different category than previous neo-liberal governments of Mulroney, Chretien and Martin. All of these governments and their leaders developed most policy positions at the behest of the Business Council on National Issues, now the Canadian Council of Chief Executives.

By delivering on the list of priorities (Paul Martin was presented with an even ten in 1994 and delivered on them all) Canadian governments pre-Harper actually balanced their promotion of corporate interests. This was, said the 150 CEOs, good for the economy – that is, their economy. The BCNI/CCCE represented the biggest players in all the key sectors and their policy interests were balanced by the time the package of preferences (demands?) were presented to the sitting finance minister.

That practice, where no budget was ever presented to Parliament before being vetted by the most powerful CEOs in the country, effectively ended when Stephen Harper became prime minister. The smartest man in the room does not take kindly to being told what to do even by the most powerful. It might have something to do with the fact that they can’t buy favours any more with the new election financing rules.

But actually it goes back twenty years to the formation of the Reform Party where Stephen Harper, as Manning’s policy director, blended neo-liberal policies with culturally conservative policies to create a wholly new phenomenon: a right-wing libertarian party posing as populist to ensure a loyal and generous base. Of course it was Preston Manning who led the party. He had carefully chosen the timing (having got it wrong once before) to coincide with a growing populist discontent amongst prairie and Alberta Conservatives who felt betrayed by Mulroney.

But he and his party needed a kick start. And fortunately for him the oil companies were eager to find someone who could put together just such a party – one that would never mess with them again. The national energy policy of Pierre Trudeau still traumatized them and they wanted insurance that no one would ever get their hands on their oil. One renegade oil man told me, laughing, that people in the oil industry really, really believe that because they found it, it belongs to them – any tax paid or royalty extracted is simply theft.

The oil men knew Manning having researched him and believed he might just fit the bill. But seeing as they were paying the tab to get the party off the ground (an expensive proposition) they wanted Manning close by where they could keep an eye on him, and they wanted him to immerse himself in oil industry political culture to make it the dominant driver of the party. So they insisted that he move from Edmonton to Calgary. Manning obliged. And that was the beginning of the Big Oil Party, brilliantly peddled as a party of the little man all the while planning policies that would impoverish him.

And by declaring themselves a Western party – the slogan was “The West wants in” – Manning and Harper reinforced the importance of Alberta, its American-inspired sense of hyper-independence and, of course, its oil. Indeed, this sense of profound difference that dominates the ruling political elite – reflected in the “firewall letter” penned by Harper and others – that contributes to the privileging of the oil industry in Canada. Not only was Alberta the most “free market” province of all, it was the one that resisted most vigorously the social democratic state that evolved in the 1960s.

Many people from all sides of the political divide – including Peter Lougheed – have pointed out that the rapid expansion of the tar sands is just really bad economic and energy policy. It is also extremely bad national security policy. Most of Quebec and the Maritime provinces rely exclusively for their oil on the Middle East producers – the so-called “unethical oil” of Harper’s spinmeisters. Sending oil to China that could otherwise make the whole country self-sufficient is not just an absence of a national energy policy – it is a declaration the national government simply isn’t national and has no intention of becoming so.

But for all Harper’s touted strategic genius he sometimes seems perversely stuck to a policy that will actually hurt him. He couldn’t resist bashing culture in the middle of the 2008 election and infuriated Quebec, probably losing a majority. This time he is tying his political future in a high-stakes fight (it will dwarf anything seen before) for a pipeline which the majority of oiligarchs thinks is not even needed. Maybe he likes fighting with one hand tied behind his back.

There seem to be three fronts in this battle, each of them distinct and each playing a key and overlapping role with the others. The first comprises the scores of NGOs, First Nations and community groups (and individuals) who will bury the assessment committee in first rate evidence of the madness of the project and its looming, serial disasters. Then comes the provincial government of BC which, under the Liberals, is schizophrenic on then issue but may yet come out against the project. But under the NDP, who I predict will win handily in 2013 as the panel reports, the provincial government must be persuaded to use every power at its disposal to halt this monstrosity. And lastly, folks in the formal political arena (with the help of the NGOs) have as their task identifying 10 or 12 or more Conservative MPS for defeat on this issue.

All of this is on-going at different levels and speeds. And if you are not a part of any of these political fronts you need to take out you checkbooks or credit cards and ask yourself how much it is worth to not experience that horrible moment you will never forget. Not sure of who to give to? Here are five groups which my sources suggests are using their resources and strategic intelligence most effectively: West Coast Environmental Law, Headwaters Initiative, Dogwood Initiative, Friends of Wild salmon and the Wilderness Committee. They – though not just them – are your voice. Make it powerful.