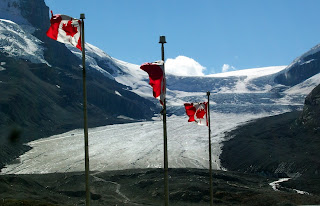 The biggest story of 2011 for me was the national and international attention given to the environmental dangers of Canada’s tar sands, and the failure of the Harper government to meet our obligations to combat climate change. Until this year, most criticism of Canada’s climate policy was restricted to Canadian and some international environmentalists. But three events of 2011 caused Canada’s energy and climate policies to come under intense scrutiny here in Canada and around the world.

The first was the surprisingly passionate and bitter debate in the U.S. over the Keystone Pipeline, meant to carry Alberta bitumen – the dirtiest oil on earth – over an endangered aquifer to be refined in Texas. A noisy and organized opposition that included environmentalists, Native Americans, ranchers, and even Republican politicians sounded the alarm. They made daily national and international news in the late summer when over 1,200 people got arrested in front of the White House. That inspired a more active movement in Canada.

On September 26, over 200 people crossed an arrest barrier in a similar demonstration on Parliament Hill. This too made national and international headlines. On November 6, 12,000 people surrounded the White House to call for a halt to Keystone and solidarity demonstrations were held that day in front of the Canadian High Commission in London and a number of other cities around the world. Soon after, in a very public display of concern, President Obama ordered a halt to the project while an environmental review assesses an alternative route.

The second event was the news that the European Parliament will likely brand Alberta’s bitumen as a “high emission crude oil” when it adopts its Fuel Quality Directive, a new agreement to promote the use of cleaner fuels in European transport. Their researchers have reported that emissions from tar sands oil production produces 23% more greenhouse gases and has recommended closing off tar sands oil to Europe’s markets. Although Europe uses very little Canadian oil currently, the Harper government hopes that will change if Europe and Canada sign their proposed trade deal called CETA. A possible ban on tar sands oil is a huge trade irritant between Canada and Europe. As well, a negative rating for Canada’s tar sands exports could have a ripple effect and curb sales in other countries. Certainly, this move by the European Parliament has shone a European spotlight on the tar sands of Alberta and helped make this story one of international importance.

The third was the role played by Canada at the December climate summit in Durban and the announcement immediately following it that Canada was pulling out of the Kyoto Accord. Environment Minister Peter Kent announced even before going to Durban that Kyoto was a creature of the “past” and set out to destroy it. Once again, for the fifth year running, Canada won Climate Action Network International’s Fossil of the Year Award, and this too was reported around the world. But the biggest scorn was saved for Minister Kent’s withdrawal from Kyoto on the day after his return to Canada. Headlines around the world blared the news and linked the government’s decision to Canada’s refusal to curtail the growth of the booming tar sands. Environmental groups were outraged. Christina Figueres, UN climate chief, said the move was “regrettable,” and several governments, including China, Japan, and France, voiced strong disapproval. An animated cartoon on national Taiwanese TV reported the story, showing a cartoon Steven Harper figure spitting oil in the face of critics.

So, I submit that Canada’s reputation as a responsible country that keeps its word, cares about its neighbours, and walks a moderate path on the world stage took a beating in 2011. Although flawed, Kyoto was the only legally binding climate agreement ever adopted. Harper and Kent saying they would not agree to another deal until all countries agree is like saying “I won’t drive safely until my neighbour does, even though I have a more expensive car, the money to keep it tuned, and have been driving unsafely before my neighbour even got his driving licence.”