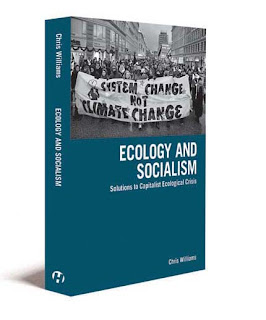 There is a giant death sentence hanging over much of our world. The once majestic polar bear, reduced to starvation due to dwindling sea ice in the Arctic, is only the latest forlorn poster child for the coming global ecocide that human civilization is visiting upon the earth. With rates of extinction running at a hundred to a thousand times the geological statistical norm, it is a species sadly far from alone. Thousands of species sit on Extinction Death Row awaiting the coup de grace, to be administered by a mutually reinforcing set of human-induced conditions.

At the forefront of these conditions rank habitat destruction and rapid, human- induced climate change. The human species seems well on the way to creating the Sixth Great Extinction as we exterminate other species faster than they can be classified; scientists estimate that we have classified less than 10 percent of all the species on earth. According to the International Union for the Conservation of Nature (IUCN), the world’s largest coalition of environmental organizations, of the nearly 50,000 on its red list of endangered species up to 17,000 face the prospect of immediate extinction. If nothing is done, the IUCN predicts the demise over the course of the twenty-first century of 50 percent of amphibians, 70 percent of botanic life, 37 percent of freshwater fish, 28 percent of reptilians, 21 percent of mammals, and 12 percent of all birds.

Species extinction is natural and nothing new; 99.999 percent of all species that have ever existed have become extinct. Sentient life, as represented by humans, is one outcome of this turnover. Over a period spanning millions of years, from our immediate bipedal forebears, Homo sapiens have evolved on a planet of stunning biodiversity, breathtaking vistas, and awe-inspiring feats of evolutionary development as biotic and abiotic factors have intertwined in a spectacular and everchanging dance of mesmerizing beauty.2 However, we live within a social system intent on hacking, burning, and destroying the biosphere in a time period measured in mere hundreds. It is a social system predicated on endless expansion; one that sickeningly combines historic and gargantuan amounts of wealth alongside oceans of poverty and mountains of waste.